After racking up 1 million downloads in 12 hours and 10 million in three days, Angry Birds 2 continues to soar. Developer Rovio Entertainment on Thursday announced that the bird-flinging sequel has now reached 20 million downloads in its first week. The game was released on iOS and Android devices July 29.

The Finnish developer also notes that Angry Birds 2 is the "number one" iPhone and iPad game in more than 100 countries. It's also the most downloaded game on both iOS and Android "virtually worldwide."

Some other notable Angry Birds 2 statistics for the first week include:

Rovio's Alex Lambeek said he's encouraged by the response to Angry Birds 2 so far in the Americas and Europe. One area of major potential growth is China, where Angry Birds 2 is available through a partnership with Kunlun China Games.

"A new generation of Chinese gamers are getting to know the angry feathered flock, and we see a bright future together with Kunlun," he said.

The entire Angry Birds franchise has tallied more than 1 billion downloads since it originally debuted in 2009. A movie based on the series is due out next year that actor Josh Gad recently called "unexpectedly smart."

In Angry Birds 2, your arsenal of birds takes the form of cards. When you use them up, you lose a life. After this, you can either wait for those lives to refill after using them up, or spend in-game currency to buy a few more chances. Another change for Angry Birds 2 is the environments, which now have a multi-area layout.

For more on Angry Birds 2, check out our full breakdown of features and more here. 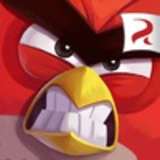