Analogue Super Nt Review: A Blast From The Past

Now you're playing with super power. 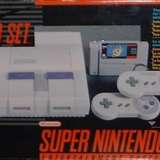 The resurgence of vintage video games is great for many reasons, not the least of which is the availability of new equipment to play old games on modern TVs. Seattle-based Analogue has traditionally stood ahead of the competition by releasing great looking consoles that offer best-in-class video processing and notably nuanced configuration settings, and its latest device, the Super Nt, is no different. It's a beautifully designed, compact console that, at the moment, is the best device for playing original Super Nintendo cartridges on HD and 4K TVs. It's a relatively expensive option at $189, but if you obsess over minute details and strive for authenticity, the Super Nt's price tag is easily justifiable.

In addition to Nintendo's own SNES Classic (which obviously doesn't support cartridges) there are multiple sub-$100, HD-enabled SNES consoles to choose from at present, from manufacturers like Hyperkin and Retro-Bit. While functional, the Retrons and Retro Trios of the world are consoles designed on a budget with constrained feature-sets and outdated tech. In theory, you can grow accustomed to shortcomings like input latency and improper video processing, but accepting these quirks doesn't diminish their existence. Analogue took a decidedly different approach for its console that eliminates these issues from the get-go.

The Super Nt offers highly configurable video output with resolutions up to 1080p through HDMI, and near-perfect performance thanks to the expertly configured FPGA under the hood. In simple terms, an FPGA chip can mimic components like RAM, video processors, and CPUs simultaneously. In the case of the Super Nt, developer Kevin Horton has created a seemingly complete and accurate Super Nintendo on an FPGA, a feat no one else can claim.

Generally speaking, games played on the Super Nt look and play exactly as they should when upscaled to resolutions beyond the original system's native 240p signal. The Super Nt will output video at 480p, 576p, 720p, or 1080p, with suitable options to cater to the peculiarities of games designed for both NTSC and PAL standards. However, the output resolution is only half of the story. Once that's settled, you can dive into other menus to configure the aspect ratio of the game screen, adjust its position, crop unwanted portions of the image, and manually scale width and height to achieve your desired look.

Simulated scanlines are also available, but rather than apply a static filter over the rendered image, the Super Nt's solution operates on the individual horizontal lines of resolution. So when you enable scanlines in conjunction with a resolution that is not a multiple of 240p--such as 1080p--they lack complete uniformity. Super Nt's scanline options can be adjusted and slightly improved from the default settings, but if you want to play with "proper" scanlines, the best solution is to stick to 480p or 720p.

With over 2,000 SNES games released across multiple territories, it's virtually impossible for anyone to say with absolute certainty that the Super Nt is 100% compatible with all games from start to finish. In testing dozens of cartridges, only two proved troublesome for us: Mortal Kombat 2, and a reproduction cartridge of the unreleased English version of Rendering Ranger R2, known as Targa. Analogue's answer for the Mortal Kombat 2 issue? To fix the bug in less than 48 hours after we brought it to their attention. A new firmware came quickly after Analogue reproduced the glitch on its end, and it's comforting to know that a precedent has been set for addressing and resolving incompatibility issues in short order.

Targa simply wouldn't get past the publisher's slashpage, despite working fine on other aftermarket consoles. This was also the case when trying to play the Japanese version using a flash cart on the Super Nt. Rendering Ranger is known to be a problematic game even for official SNES consoles, but Analogue promises a fix is on the way in the near future.

Of note is the potential (as hinted by Analogue) for an option down the road for users to switch the Super Nt's FPGA--on-the-fly--to match different Super Nintendo hardware revisions. Even among Nintendo's own consoles, these variations in processors and encoders would lead to rare instances of glitches in certain games (such as Rendering Ranger R2), so it's refreshing to know that the Super Nt may have a workaround for end-user troubleshooting at a later date.

While there are obviously a few quirks to keep in mind, the benefits of the Super Nt far outweigh its relatively minor issues.

Aside from those two exceptions, compatibility was otherwise rock-solid during our tests, including games like Star Fox, Mega Man X2, and Street Fighter Alpha 2, which are designed around traditionally troublesome special expansion chips that handle applications like 3D calculations and asset compression. There's also native support for peripheral carts like Game Genie and Super Game Boy--including streaming audio, which most SNES clone consoles struggle with. The only accessory you can count on not working is the Super Scope, a light gun designed for (and only compatible with) CRT TVs. Analogue is currently developing a digital-to-analog attachment for the Super Nt to support CRT TVs, though the performance, release date, and cost of the DAC remains to be seen.

On the hardware side, the Super Nt is straightforward: a Micro USB port for power, an HDMI port for A/V output, an SD card slot for firmware updates, and two SNES controller ports. Traditional SNES controllers work exactly as expected, and as Analogue suggests, you can also use wireless controllers made by 8Bitdo, which now come in colors designed to match the four color variants of the Super Nt.

The 8Bitdo SN30 Bluetooth controllers are convenient to connect and charge, are very responsive, and feel almost like a Nintendo-made controller. The one minor issue is the d-pad, which will occasionally move your character on screen left or right when pressing down, should you inadvertently tilt your thumb. Though not perfect, we like the 8Bitdo controllers a lot, and only wish that the Super Nt came bundled with one.

It should be noted that even though you won't normally have to tinker with the 8Bitdo wireless transmitter once you've started playing a game, removing or adding transmitters during gameplay can cause the Super Nt to crash, forcing you to power the console off and on. According to Analogue, this is due to related power demands coming from the transmitter, and the system detecting and protecting the FPGA from potential harm. Thankfully, wired controllers can be connected and disconnected during gameplay without risk of crashing the system.

While there are obviously a few quirks to keep in mind, the benefits of the Super Nt far outweigh its relatively minor issues. There is simply no other console that can play actual SNES cartridges at 1080p without relying on expensive video gear. And looking beyond resolution, the number of settings at your fingertips makes it easy to dial in the look you want for your SNES games in a matter of seconds. The Super Nt is impressive both inside and out, and a smart solution for anyone who strives to see their favorite 16-bit Nintendo games in their best light.