David O. Russell says he would "love" either actress for the role of journalist/love interest Elena Fisher in big-screen adaptation.

David O. Russell's The Fighter has been nominated for seven Oscars, but the Hollywood man isn't just talking about his boxing film. In an interview with Empire Online, Russell discussed his next project, the big-screen adaptation of Naughty Dog's action adventure Uncharted. He said he is currently mulling over ideas for the character of journalist/love interest Elena Fisher, who first appeared in the original Uncharted title.

Russell was also posed a question concerning his interest in having Amy Adams (Enchanted, Julie & Julia), the female lead of The Fighter, play Elena in the Uncharted film.

"Oh I would love that too; I love Amy [Adams]," he said. "I also love Scarlett Johansson (The Prestige, The Island); there's a lot of great actors I think might suit. Hopefully, we'll see how it works out with everybody who are being scoped to do that role."

In early May, Russell was among a list of potential directors for the film, and in August, it was reported that negotiations between Russell and Columbia Pictures fell through. However, now all bets seem to be back on.

Unfortunately, further specifics on the upcoming film, like a potential release date or cast members, have not been officially announced. However, Russell has indicated his interest in having Wahlberg play Nathan Drake, with Robert DeNiro and Joe Pesci part of the cast as Drake's father and uncle, respectively.

The next entry in the Uncharted series--Uncharted 3: Drake's Deception--is due out on November 1, 2011. For more on that title, check out GameSpot's previous coverage. 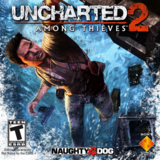