The reviews are in, and critics say Amnesia: Rebirth is a sequel worthy of its acclaimed predecessor.

Ten years after Amnesia: The Dark Descent set the template for indie horror, Swedish developer Frictional Games has released a direct sequel, Amnesia: Rebirth. After spin-off Machine For Pigs didn't quite satisfy fans of the original, reviews suggest Rebirth may be just what they were looking for.

Overall, critics were impressed by Frictional's story-heavy approach with Amnesia: Rebirth, including GameSpot's own 8/10 review. "With Amnesia: Rebirth, it feels like Frictional has fully refined its particular approach to horror," wrote reviewer Phil Hornshaw. "You're trapped in a deadly, smothering world, struggling against your character's limitations and even her perceptions. Rebirth is Frictional's best game yet, marrying a deep, mysterious story to the signature mechanics the developer has been refining over the course of 13 years of horror games"

We've collected some more reviews below, with other critics who got their hands on the game ahead of its October 20 release generally agreeing that the protagonist Tasi Trianon's story is gripping and involving, even if Frictional sacrificed some of the fear factor in service of the narrative focus. Critics generally praised the game's refinement of mechanics that have come to be standard in Frictional's horror games, though some were disappointed that new mechanics weren't fully realized and could feel stale by endgame. Others warned that the game's point-and-click mechanics could feel fiddly and imprecise on the PS4. For more reviews, check out the pieces that have been collected by our sister site Metacritic.

"Amnesia: Rebirth feels like the culmination of Frictional Games horror titles up to this point. It refines the ideas and mechanics that have been central to the developer's games since Penumbra: Overture in 2007, it hones in on effective scares while avoiding the frustrations of failure, and it tightens the focus on character-driven storytelling. Rebirth is an unsettling, strange, tragic story that deepens the Amnesia mythos in a lot of cool ways, while managing to be just as creepy and frightening as its beloved predecessor." - Phil Hornshaw [Full Review]

"Rebirth is an insanity simulator in essence. Throughout the roughly 10-hour plot, Rebirth beckons you into pitch-black hallways and dilapidated crypts with a slim hope of understanding what brought Tasi here. Every new area and puzzle made me internally squeal “NOPE,” but I pressed on anyway because of Frictional’s masterful resource management system.

Like previous Amnesia titles, the longer you stay in darkness, the more panicked you become. This increases the likelihood of seeing the ghoulish, human husks that stalk Rebirth’s levels. Players must constantly juggle their supply of matches and lantern oil to illuminate their surroundings and avoid slipping into madness." - Danny Paez [Full Review]

"Frictional has mastered the art of building tension using imagery, music, level design, and sound mixing. Parts of the in-universe story even spell out how they do this in a way that is both openly self-referential and self-congratulatory—it comes close to breaking the fourth wall, but it feels earned. The breathtaking story payoffs are well worth putting yourself through the ordeal, too. Their ability to marry deeply personal, relatable fears with cosmic horror is nearly unparalleled in games. While mechanically rusty, Amnesia: Rebirth deserves to go down as one of the most effective and mind-bending horror games ever made, just like its predecessor. See you on the other side." - Leana Hafer [Full Review]

"Frictional finds success in other aspects of Amnesia: Rebirth, including its unique horror setting of the Algerian desert, its rare-in-video-games motherly protagonist desperately searching for a way home to her child, and a slowly clarifying tale of love and loss. Amnesia: Rebirth shows an inventiveness that The Dark Descent only hinted at. And it’s certainly creepy enough to satisfy the hunger for something spooky this season." - Michael McWhertor [Full Review]

"Amnesia: Rebirth beautifully tackles the battle between light and darkness, not just thematically but mechanically too. The areas where it clicks strike an excellent balance of problem solving and pure adrenaline, even if some of the later sections drag due to uninteresting puzzles and infrequent ghoul tussles. But with a consistently engaging story throughout, Rebirth still stands as one of the most thrilling survival horror games in recent memory – one that is anything but forgettable." - Kyle Campbell [Full Review]

"Making a sequel to one of the most acclaimed horror games in recent memory may be a tall order for some, but Frictional Games has done it with aplomb with Amnesia: Rebirth. Without straying far from the formula that made Amnesia: The Dark Descent so popular and feared in equal measure—the clever use of jump scares, immersive puzzles and the light-dark dichotomy—Rebirth has reinvigorated its brand of horror with a haunting narrative that’s as moving as it is refreshing. Rebirth may still be a bit too much to bear for players who don’t usually venture into horror, but it's a sequel that should please ardent fans and horror masochists alike." - Khee Hoon Chan [Full Review] 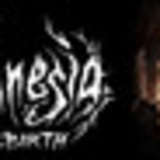