Who was there: Thomas Grip, one of the founders of Frictional Games, the Swedish independent studio that produced the Penumbra games and Amnesia: The Dark Descent.

What they said: According to Grip, the horror game genre is exciting because it is "perhaps the only genre" to focus on "evoking an emotion." He said the studio had been "overwhelmed" by the positive response to Amnesia: The Dark Descent and discussed why it is considered such a scary game. He argued that game makers should challenge the inclusion of familiar gameplay staples such as combat, death, and trial-and-error systems in order to create emotionally involving, immersive games.

One of the first design principles in Amnesia, said Grip, was to have no weapons. When Frictional responded to strong player demand for weapons in Penumbra: Overture, the studio created an "intentionally quite clumsy [combat] system" and "made great efforts to make sure the weapons weren't very practical." The intention was that a player would hit an enemy with the (for example) broom weapon and then flee in order to survive. But "it turns out, when the player has an opportunity to kill something, they will." Given weapons, players treated the game as "a first-person hack-and-slash" and tended to conclude that "the combat sucked." In Penumbra: Black Plague, in which Frictional removed combat, players approached the game in a new way: "not only were enemy encounters changed, but it changed how they looked at the game," Grip said.

Grip speculated that the approach would work for other genres, not only survival horror. He said the "lure of [including] combat is so strong" because "it's so hard to come up with other interesting ways to interact with [gameworlds]." He said combat detracts from other game experiences because of "the myth of multitasking." "If you have two things you want to do at the same time, you have to switch between them. If the player chooses to focus on [non-combat elements], they will be less good at it," said Grip. "There don't even need to be enemies on the screen for this effect to set in."

It's also hard to create new and different experiences in the presence of weapons: "if you give the player a gun, he will expect to go to a shooting range," said Grip. He elaborated: "Once you have a specific tool for interaction, it tells the player what kind of role they're meant to play. If we want to have different experiences, we need to have different forms of interaction… Once we remove the combat, new horizons open up, players start to approach the game quite differently."

The absence of "proper death" (that is, death accompanied by traditional in-game penalties) was another design principle in Amnesia: The Dark Descent. "It wasn't until the last half-year [of development] we implemented this," said Grip. Similarly, the absence of conventional "competitive mechanics" was key, though added late. These game conventions lead to conventional trial-and-error systems in gameplay, which undermine horror and other emotional game experiences through repetition. "Chase sequences are very important in horror," Grip said, by way of example. "We had to emulate this for our game [Overture] somehow. Turns out, about 50 percent of people who played Overture like [the chase sequences]. The other half hated it." The people who loved it were those who succeeded in one or two attempts--those who hated it had endured the trial-and-error approach.

As another example of removing competitive mechanics, Grip explained that the computer-controlled enemies in Amnesia: The Dark Descent wouldn't aggressively seek out hiding players but deliberately move close to their hiding place and then move away to heighten their sense of fear. "If we would have had a more competitive system, having this [emotional] response would have been a lot harder."

Quotes: "We must allow [games] to be expressive. This is where I think the future of games lies."

Takeaway: Game developers should think twice before including ingrained game conventions such as combat, death, and trial-and-error gameplay. Trial and error in games undermines emotional experiences and "keeps the machinery opaque." It is un-immersive because it "chips away at the make-believe," forcing the player to examine the game machinery to figure out how to beat the system. 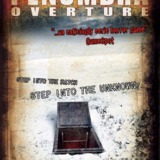