Game developer American McGee, who led the development of American McGee's Alice and Alice: Madness Returns, wants to make a third entry in the series. In a blog post, the developer said he is planning to start a proposal for a third game, tentatively titled "Alice: Asylum." The pitch will be sent to Electronic Arts, which has the Alice rights.

"This proposal will include artwork, design outline, and financial/business model. When this proposal is finished (and assuming all the numbers and constraints make sense) it'll be sent to EA," the blog post said (via Destructoid).

People can also send in money through PayPal to support the proposal's progress, but there is no word on how exactly funds will be spent.

Back in 2014, McGee announced that he was gauging interest in a third Alice game, so this new development appears to signal that he received some amount of interest.

If McGee and EA are to work together again, they'll do so in the wake of criticisms that McGee levied against the publisher. In 2014, McGee bemoaned EA's marketing of Alice: Madness Returns. On Reddit, he claimed EA intentionally created trailers for the game that would "trick" gamers into thinking the game was a hardcore horror title.

One of McGee's latest projects was Out of the Woods, a fairy tale card game and book that he successfully funded on Kickstarter with nearly $260,000.

McGee's Alice games, which were made by his Chinese studio Spicy Horse, are set in Wonderland--but a darker version of the one may recall from fairy tales. 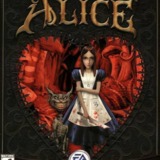