The MMO has been pushed back from Spring to August.

Amazon's long-awaited MMO New World has been delayed, and this isn't the first time the ambitious game's release schedule has been pushed pack. The game was previously scheduled to launch in Spring 2021, but it's now slated for August 31, 2021. Whether or not it hits that new date remains to be seen.

"We've been hard at work on compelling end-game features we believe are important to include at launch," Amazon said in a blog post. "These features won't be ready for the Spring timeframe that we had communicated. With that in mind, we will release New World on August 31, 2021. With this extra time we'll be able to add these substantial improvements while polishing and fine tuning the whole game before we open Aeternum's shores to the world."

The alpha for New World will continue and Amazon plans to expand it by adding more EU servers on March 30, 2021. A closed beta is scheduled to start on July 20, 2021. Everyone who has pre-ordered New World will be able to play the closed beta.

This isn't the only MMO that Amazon is working on right now, as Amazon Game Studios is also producing a brand-new Lord of the Rings MMO, though it is not connected to Amazon's TV show.

Amazon CEO Jeff Bezos is stepping down, and his replacement--Andy Jassy--has pledged to support the company's gaming efforts, even though they haven't worked out so well thus far.

Jassy said in an email to staff, obtained by Bloomberg, that Amazon Game Studios might not have succeeded right away, but he's in it for the long-haul.

"Some businesses take off in the first year, and others take many years," Jassy said. "Though we haven't consistently succeeded yet in AGS, I believe we will if we hang in there."

Amazon's highest-profile games to date have not broken out in the way the company might have wanted. The multiplayer game Crucible failed to find an audience at launch, and Amazon moved the game back into closed beta and then eventually canceled it prior to release. The company's other big multiplayer game, Breakaway, was canceled completely.

Still, Amazon seems to have more confidence in creating its own games than Google did. Despite only being live for a little over a year, Google Stadia's internal games development division has already been shuttered. Jade Raymond, who was heading up that division, is leaving, as well. 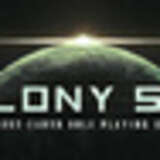