Amazon's new lineup of free PC games with Prime Gaming is available now. For the rest of November, those with an active Amazon Prime membership will be able to claim five new games: A Knight's Quest, Smoke and Sacrifice, Lethis - Path of Progress, Victor Vran, and Aurion: Legacy of the Kori-Odan. The new freebies join an already large lineup as well as new loot for several popular games.

A Knight's Quest is a Zelda-esque adventure starring a hapless warrior named Rusty. It's a lighthearted game fit for all ages and features vibrant, cartoonish graphics. Victor Vran is a solid action-RPG from Haemimont Games that will appeal to fans of Diablo. You play from an isometric perspective, and there's a heavy emphasis on loot. Smoke and Sacrifice is a narrative-focused RPG that tasks a young mother with surviving in a dangerous underworld. Aurion: Legacy of the Kori-Odan is also an RPG, but this one is a side-scroller with brawler-type gameplay. Lethis - Path of Progress is much different from the rest of the bunch as a steampunk city-building game.

November's free games are available all month, but they are far from the only games you can claim. You still have plenty of time to claim the 20-plus classic SNK games that Prime Gaming started giving away over the summer. Some of October's free games will be available for part of November, too, including Layers of Fear and Dead Age.

Each month, Prime Gaming also gives away loot for some of the biggest hits. The latest batch of loot includes the first of 11 drops for Madden NFL 21. Right now, you can claim six cards for Madden Ultimate Team, including two gold and an elite player. Apex Legends' final loot drop will arrive on November 13, and you can also get new loot for Valorant and League of Legends right now. 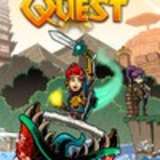