In addition to the four regular freebies, Amazon is giving away more than 30 free games to celebrate Prime Day.

Prime Gaming's July 2022 lineup of free games is live now. It's a bit different than usual, though. There are only four free games as part of the monthly program: Maniac Mansion, Suzerain, Fell Seal: Arbiter's Mark, and Fishing: North Atlantic. But it's not a down month for Prime Gaming. In fact, it's the biggest month of freebies ever, thanks to the more than 30 free games that are also available in July as part of Prime Day 2022. In addition to the free games, Prime members can claim in-game content for popular games such as Pokemon Go, Fall Guys, and Grand Theft Auto Online.

Suzerain puts you in the shoes of a president of a fictional nation on the brink of war. It's a test-based RPG that asks you to make decisions that will alter the future of your country and the world at large.

Fell Seal: Arbiter's Mark is a turn-based tactical RPG played from an isometric perspective across grid-based battlefields. It was obviously inspired by Final Fantasy Tactics and other notable games in the genre, and it currently holds a "Very Positive" user rating average on Steam.

All four of these games are up for grabs throughout the entire month. The Start Freeloading event is already live, so there are 25 free games up for grabs in anticipation of Prime Day. Even more free games will go live during Prime Day (July 12-13), including Mass Effect: Legendary Edition, Grid Legends, Need for Speed Heat, and Star Wars: Jedi Academy.

If you're not an Amazon Prime member, now is the perfect time to sign up for a free 30-day trial. Not only will be able to claim (and keep!) more than 30 free games throughout July, but you'll also be able to take advantage of the massive discounts that will be offered during Amazon Prime Day 2022. 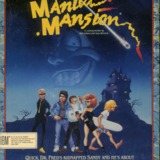