Online retailer giant reportedly looking to make yet another major move in the gaming space.

Four sources told the site that Amazon agreed to a licensing deal for Crytek's in-house game-building toolset, CryEngine 3, to the tune of $50-$70 million. Sources briefed on the deal but not authorized to speak publicly said Crytek's pact with Amazon was large enough to help pull Crytek out of the financial hardships it faced last year, which resulted in layoffs and low morale.

In an interview with Develop last month, Crytek co-founder Faruk Yerli referenced a blockbuster deal that he hoped to talk about soon. "It was a huge one, probably the biggest one," he said at the time. "I can't say anything more in detail, but hopefully we'll be able to announce it with the partner soon."

There is no word as to what Amazon plans to do with CryEngine 3, a popular engine used of course for Crytek's own games as well as Evolve, State of Decay, and Star Citizen, among others. The toolset is indeed powerful, as evidenced in this recent CryEngine 3-powered remake of the original BioShock.

One thing is clear: Amazon is moving into the gaming space in a big way. The company has hired top talent in the form of Portal designer Kim Swift and Far Cry 2's Clint Hocking, and Halo writer Erik Nylund, all of whom are working on unannounced projects at the company.

Last year, Amazon bought Killer Instinct developer Double Helix and even formed an internal game team called Amazon Game Studios. The company also launched a streaming console called Amazon Fire TV and got the creator of Flappy Bird to release his next game as an exclusive for that system.

Amazon and Crytek representatives did not respond requests for comment. 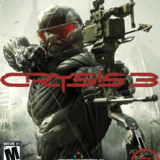