Take a look at all the Dungeons and Dragons deals for Amazon Prime Day.

Whether you're looking to expand your Dungeons & Dragons library or you're just getting into the game, Amazon Prime Day 2021 has a huge sale on books, and you can save up to 50% off on most of the books Wizards of the Coast has released. Additionally, most of these books are eligible for Amazon's buy one, get one 50% off promo. When you add two of these books to your cart, the cheaper book will get an additional 50% off, on top of existing discounts. From the Player's Handbook, which will get you started on your D&D adventure, to Guildmasters' Guide to Ravnica, which expands on community within cities, it's a great time to pick up some new D&D books. 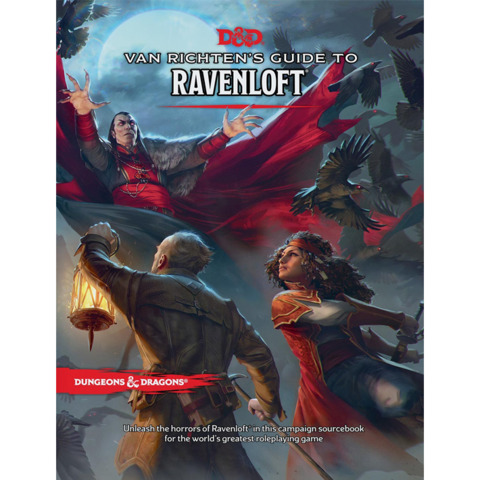 The most-recent D&D book release expands on horror within your campaigns. While D&D books have primarily stuck with gothic horror, Van Richten's Guide to Ravenloft allows DMs to create games that dive head-first into other subgenres to terrifying your players. Want to have an unstoppable beast chase down your players like Jason Vorhees? Or do you want to add a Lovecraftian tentacle monster from space? Or how about just a haunted mansion story? Ravenloft gives you the tools to tap into those horror subgenres. Ravenloft also has new additions for players as well. You can add haunted backstories to your characters or pick from new subclasses or new races, like the Dhampir--which is half-vampire, half-living. Yes, you can make Blade, if you want. The 256-page book is the perfect addition for the seasoned D&D player who loves horror.

Aside from Ravenloft, the majority of D&D campaign, adventure, and source books are on sale. These Amazon Prime Day deals will really help you elevate your game and expand into unknown worlds.

There's more coming down the line for new D&D books. Wizards of the Coast is releasing The Wild Beyond The Witchlight on September 21 and Strixhaven: A Curriculum of Chaos on November 16, the latter ties into the recently-released Strixhaven Magic: The Gathering set. More will be revealed about these two books at D&D Live on July 16 and 17, which is presented by G4.

If you're looking for more Prime Day deals, check out some sales on board games. Additionally, Prime Day also has some great video game deals. And if you need a new TV to play those video games, there are some heavy discounts for Prime Day on TVs.