Activision CEO Robert Kotick says there were more than 500,000 Call of Duty 2 downloads in Q2 alone.

Publishers have taken to Xbox 360 microtransactions--extra downloadable content for released games--very carefully. Gamers have cried foul many times over the prices of extra multiplayer maps, new cars, and horse armor ever since premium content began showing up on Xbox Live Marketplace.

In a question-and-answer session following the company's earnings call, Activision CEO Bobby Kotick broke down the number of downloads and money made by each downloadable map pack. The free bonus pack, which included two maps, tallied 334,000 downloads. The $5 Skirmish Map Pack was downloaded 105,000 times and generated $368,000, and the $10 Invasion Map Pack invaded 66,000 360s and raked in almost half a million dollars.

With numbers like those, it's obvious Activision will continue to pursue the potential of downloadable content for its current and future projects.

"During the quarter our Call of Duty maps generated approximately $1 million in revenue, a critical first step in exploiting the online revenue potential and extending the shelf life of our games," said Kotick. "This holiday we'll look to further capitalize on the success of the franchise and its online capabilities." 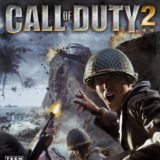