New Super Mario-themed products have been releasing all year long in anticipation of the famous video game character's 35th anniversary. From the Lego NES to Mario-inspired editions of Monopoly and Jenga and a new Uniqlo T-shirt collection, a steady stream of Mario toys have already been hitting shelves (and online storefronts), but those new releases have been building to the grand finale of Nintendo's Mario celebrations with a new Super Mario Bros. 35th Anniversary Direct that surprise-dropped today.

A slew of exciting announcements came out of the Mario Direct, including Super Mario 3D All-Stars, a remastered collection with Super Mario 64, Super Mario Sunshine, and Super Mario Galaxy, releasing September 18. Super Mario Bros. 35 is the battle royale we didn't know we needed, pitting 35 players against each other as they make their way through a Super Mario Bros. level and compete to be the last Mario standing. But in addition to the game releases, Nintendo is leaning hard into new products and toys celebrating Mario's long history, and today's announcements included some fascinating upcoming products, including a re-release of the Game & Watch that can play Super Mario Bros. as well as a physical Mario Kart course.

Below, we've rounded up all the new toys, collectibles, apparel, and physical game releases Nintendo has announced so far around the lovable plumber's 35th anniversary, including links to buy when available. Don't expect this to be the final batch of Mario products, though--we already know a Black Milk Clothing Mario line is releasing October 5, and more Super Mario items will be available at the online Nintendo Store come November. 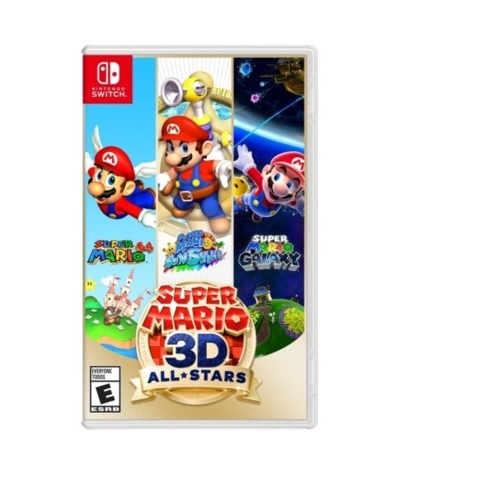 Super Mario 64, Super Mario Sunshine, and Super Mario Galaxy are compiled in this remastered collection coming to Nintendo Switch on September 18. Super Mario 3D All-Stars features higher resolutions and optimized gameplay along with an in-game music player that lets you play any songs from the three titles. The collection will only be available until March 31, 2021, so you've only got about six months to pick up a physical or digital copy of the game before it's gone forever. 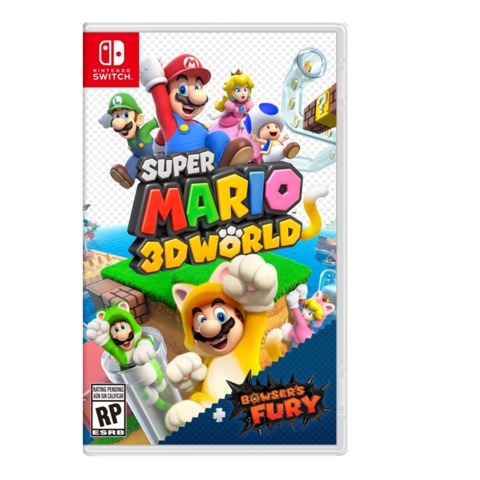 An enhanced version of the 2013 Wii U game, Super Mario 3D World + Bowser’s Fury releases February 12, 2021 on Nintendo Switch, and you can pre-order now. The Switch release features online and local co-op, and more details about new additions to the game are coming later, according to Nintendo. 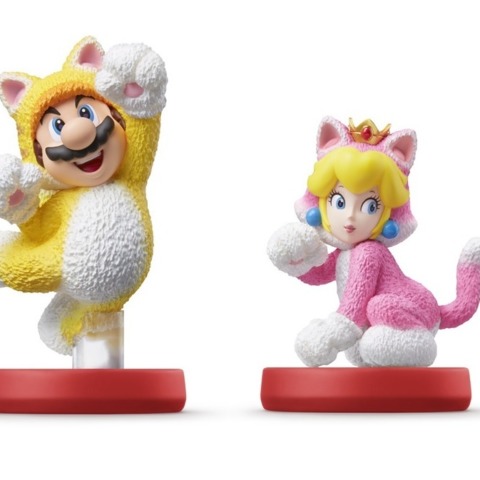 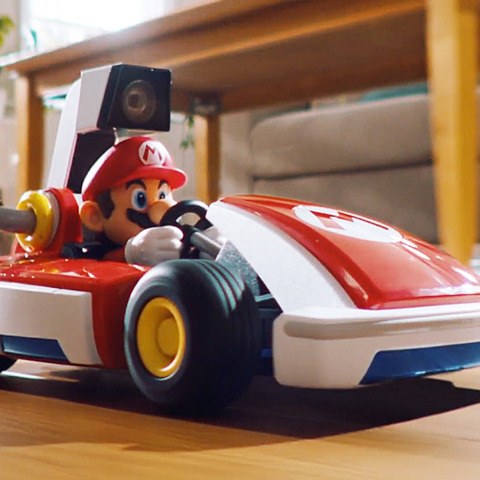 Mario Kart fans can now take their obsession into the real world with the upcoming Mario Kart Live: Home Circuit kit. The kit allows you to create a custom course layout in your home and race using a physical Kart, which responds to in-game boosts, stops when hit with an item, and more. You'll also be able to race against Koopalings in Grand Prix, unlock course customizations and costumes, and play with up to four players locally. Two versions will be available, one for Mario and one for Luigi. Mario Kart Live: Home Circuit isn't up for pre-order just yet, but you can see more at Nintendo. 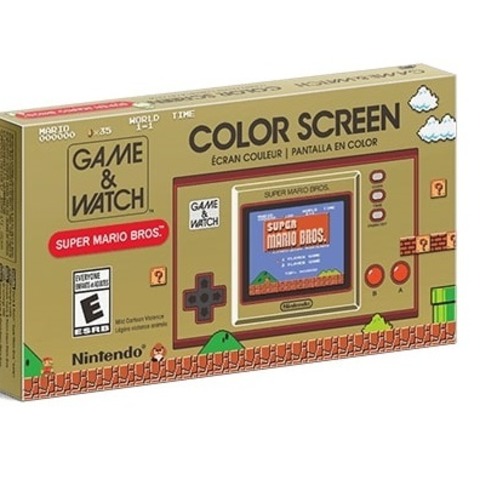 The original Game & Watch system released in 1980; now, 40 years later, it'll be available again as Game & Watch: Super Mario Bros. The new collectible device releases November 13 for $50 and will be able to play Super Mario Bros, Super Mario Bros: The Lost Levels, and a special version of Ball with a "Mario makeover." It'll also do double-duty as a clock, with 35 different animations that can play and guest appearances from Mario's friends and foes. The Game & Watch isn't available to pre-order just yet--we'll include a retail link here when available. 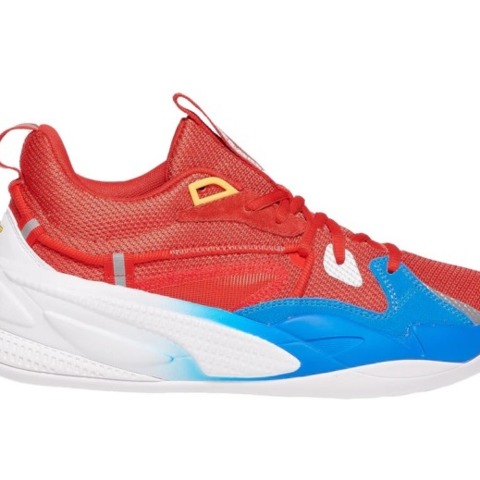 Need a new pair of kicks? If statement sneakers are your thing, you'll be able to purchase these Puma RS-Dreamer Super Mario 64 basketball shoes starting tomorrow, September 4, at 7 AM PT / 10 AM ET. These shoes are "court-ready" and feature lightweight cushioning, a high-abrasion rubber sole for increased grip, and a wraparound lace closure for a snug, secure fit. 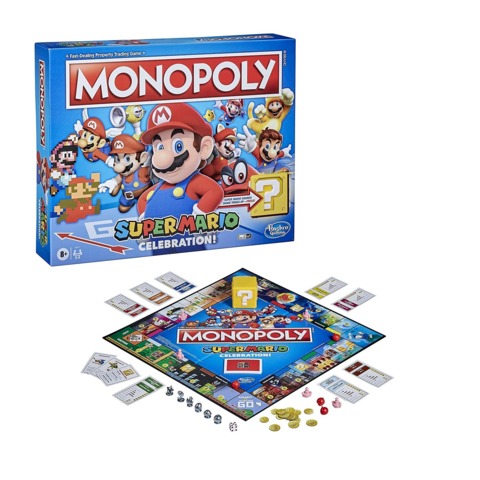 Released earlier this year, the new Super Mario edition of Monopoly features iconic artwork spanning the entire history of Super Mario and adds new elements to the game, like a Question Block with sound effects that can affect a player's luck. It's available to buy now for $30. 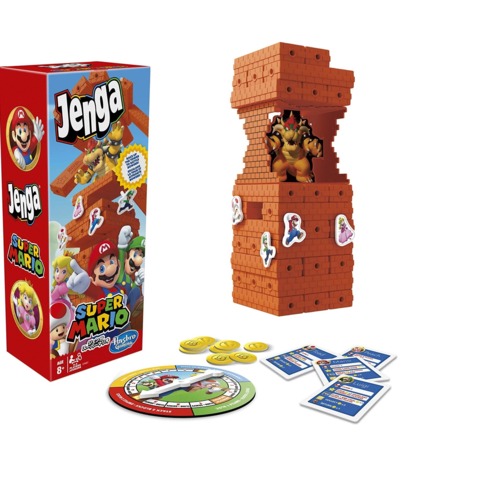 Another tabletop classic is getting the Mario treatment this year. Jenga: Super Mario Edition adds a Super Mario twist to the tower-building game by adding Mario character pegs that can be moved up or down as blocks are added, aiming to reach the top of the tower to battle Bowser and collect the most points. It's available for $20 at Amazon. 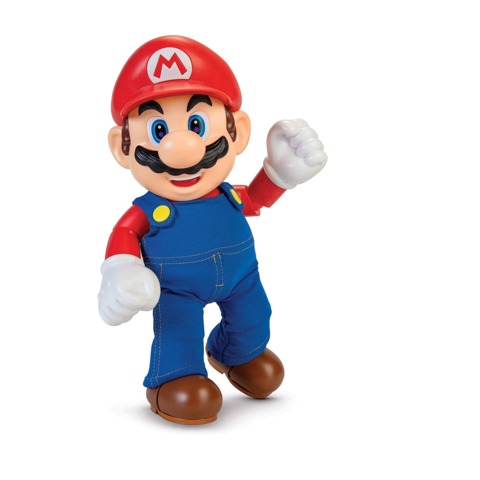 This Mario action figure is 12 inches tall and has over 30 sound effects and iconic Mario phrases, including, of course, "It's-a-me!" and "Woo-hoo!" It also has 15 points of articulation allowing for a variety of poses, and five of those poses unlock Mario songs that will play. The collectible figure is available now for $50. 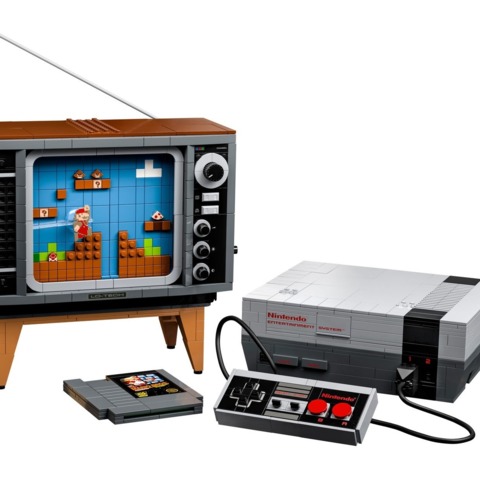 Released August 1, the Lego NES allows you to build Nintendo's console with Lego bricks and includes a rotating screen that features Mario jumping through a Super Mario level. Check out our Lego NES review for more information on this neat collectible. It was sold out at last update, but you can check its listing at the Lego Store below. 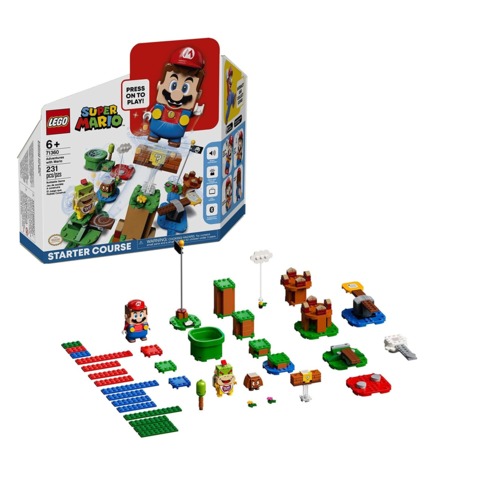 The Lego NES is the highlight of Nintendo's new product line with Lego, but there are many other Mario-themed Lego sets that have been released, including the Adventures with Mario Starter Course. The 231-piece Starter Course includes Mario himself and the basics needed to recreate a Super Mario level in Lego form. The Mario included in the Starter Course also interacts with the Lego NES in a neat way by reacting to the action on the "screen" with sounds when you place Mario on top. 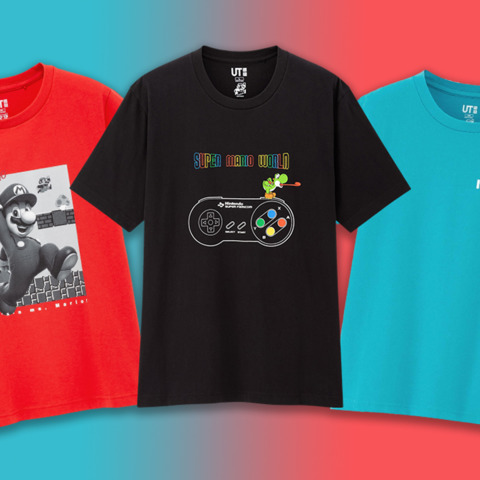 If you're looking for some new cozy T-shirts for your wardrobe, Uniqlo has a cool collection of Mario tees to celebrate his 35th anniversary. Even better: They're currently all on sale for just $7.90 each, though keep in mind some sizes are selling out fast. There are also kids' shirts available in addition to adult sizes. 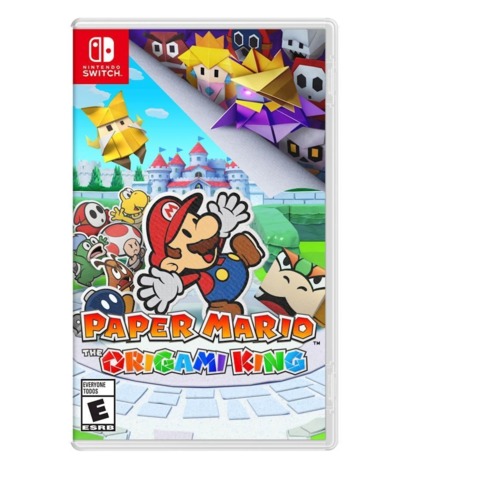 A brand-new Paper Mario game released July 17, featuring strategic, ring-based battles, puzzles, and more. The game earned an 8/10 in GameSpot's Paper Mario: The Origami King review for its finely tuned battles, smart writing, and progression mechanics. "Its world and characters might not be the series' best, but it's still able to consistently throw left turns, good gags, and smart surprises at you," wrote critic Suriel Vazquez. "Each piece of The Origami King elegantly fits into its whole, taking its irreverent flair to new heights."