Since he debuted nearly two decades ago, Sonic the Hedgehog has been Sega's mainstay mascot. Today, the Japanese publisher revealed that it is working on an all-new reinvention of the titular spiny spinner by taking him back to his two-dimensional roots.

The new game, code-named Project Needlemouse, will debut sometime next year on as-yet-unidentified consoles. So far, the only glimpse of the game has come via a mysterious teaser trailer, which only shows the outline of the new look of the hero at the end.

"Speed returns in an all new 2D adventure built from the ground up" declares the teaser trailer, before showing a blue blur zipping across the screen scooping up golden rings. Accompanying it is a litany of sound effects and visual cues from the first Sonic the Hedgehog, who launched worldwide in the summer of 1991 on the Sega Genesis system.

Since then, the character has helped launch all of Sega's systems until its last, the Dreamcast, went on sale 10 years ago. In the years since that console's implosion, Sonic has appeared on all its former rivals' consoles in dozens of games and has undergone several high-profile reboots. The most recent games to feature him were last fall's Sonic Chronicles: The Dark Brotherhood, and Sonic Unleashed, which was better reviewed on the Wii than the PlayStation 3 and Xbox 360.

Speaking with GameSpot, Sega associate brand manager Ken Balough confirmed that Project Needlemouse will feature HD graphics. He also said the game's concept was a response to "old-school Sonic fans" who "have long asked to see Sonic return to a more 2D style of gameplay." For more details, check out GameSpot's full interview with Balough. 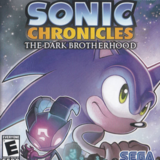 There are 691 comments about this story
Load Comments (691)