Aliens vs. Predator banned in Australia

In the '80s-era action film Predator, Austrian beefcake and now California Governor Arnold Schwarzenegger famously quipped, "If it bleeds, we can kill it." It seems Australia's Classification Board didn't like the amount of bleeding present in Sega and Rebellion's upcoming Aliens vs. Predator reboot for the Xbox 360, PS3, and PC, effectively banning the game down under by refusing it classification.

The latest banning comes in the same week that the massively multiplayer online game CrimeCraft was refused classification for showing positive effects from in-game drug use. In Aliens vs. Predator's case, however, it seems violence was the key offender, with a Classification Board spokesperson confirming to GameSpot AU that the game's bloody content was to blame.

Sega Australia has confirmed the banning and has not ruled out appealing the decision. "SEGA Australia can today confirm that the initial submission of Aliens vs Predator has been refused classification by the Classification Operations Board of Australia. We will continue to investigate all options available to us, including the possibility of appeal," the company said in a statement.

In previous game bans in Australia, some developers have opted to make changes to their games in order to pass the classification process. The most recent example is the toned-down version of Left 4 Dead 2. Valve was forced to release the revised edition down under when the original, unedited version was banned.

GameSpot AU has requested a full copy of the board's decision but had not received it at the time of publication.

[UPDATE] The Classification Board has now released its official ruling to GameSpot AU, and Aliens vs. Predator's high-impact violence was indeed a motivating factor for the ban.

"The game contains first-person perspective, close-up depictions of human characters being subjected to various types of violence, including explicit decapitation and dismemberment as well as locational damage such as stabbing through the chest, mouth, throat, or eyes," the board report stated.

"Characters can be stabbed with a Predator's wrist blade or an Alien's tail in depictions reminiscent of impalement. The Predator collects 'trophies' by explicitly ripping off human heads, their spinal columns dangling from severed necks. Heads can be twisted completely around in order to break a character's neck. Eyes can be stabbed through or gouged, leaving empty, bloodied eye sockets.

"It is noted that a player is able to combine manoeuvres together in quick succession, which further increases impact; for example, a Predator can stab a character through both eyes with its wrist blade and rip off their head, with spinal column still attached. Extensive post-mortem damage, including decapitation and dismemberment, is also possible." 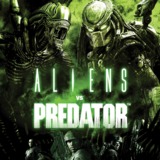