Players search for a lost musician in this Myst-style adventure game that features unique graphics, settings, and puzzles.

Got Game Entertainment announced today that the PC adventure game Alida has gone gold and should be available in stores in the first week of August. Alida is a first-person adventure in the vein of games like Myst. It is set on the theme park island of Alida, which was created by a rock band but was later abandoned after the group split up. In the midst of a reunion, one of the band members returns to the island but promptly disappears, and players are sent to find him. The game aims to attract players with its intricate graphics, unique location, and a profusion of puzzles. The game has been five years in the making and was created by a lone Australian musician named Cos Russo. A Mac version was released earlier this year. 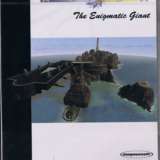