You can preorder Alan Wake Remastered ahead of its October 5 release date.

Remedy Entertainment showed off gameplay footage of the upcoming remaster of its cult classic Alan Wake during the latest PlayStation Showcase. Alan Wake Remastered releases on October 5 for PlayStation, Xbox, and PC, and preorders are live now.

Alan Wake Remastered has a free upgrade from PS4 to PS5 and Xbox One to Xbox Series X|S. The remaster only includes the base game, not the post-launch spin-off Alan Wake's American Nightmare. The remaster will, however, have the two story expansions: The Signal and The Writer. Also, the remaster only costs $30.

It's worth noting that Alan Wake Remastered won't have the advertisements for real-life brands like Energizer and Verizon seen in the original. The random product placements will be replaced with fictional branding.

No preorder bonuses are available for Alan Wake Remastered. 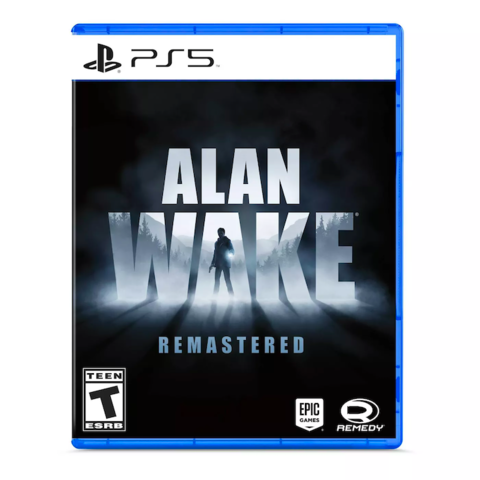 Alan Wake Remastered is available to preorder in physical and digital formats. At this time, the only retailer taking physical preorders is Target, but Best Buy has listings that are "coming soon." Physical preorders for Xbox contain both the Xbox One and Xbox Series X versions. Meanwhile, PlayStation users can pick between PS4 (free upgrade to PS5) or a PS5 disc (only works on PS5).