The game's original actors are also returning for the upcoming sequel.

Alan Wake II, announced at The Game Awards, might be making a change to its genre, but it won't be straying from some of the core gameplay fundamentals of the original.

Remedy boss Sam Lake confirmed on Twitter that the sequel will still be a third-person game, amid questions about whether the series might make a change akin to Resident Evil 7 and Village and their first-person perspective. Alan Wake II will, however, skew more towards traditional survival-horror, a twist on the original's more psychological horror focus.

Additionally, the sequel will see the return of the two people who brought the character of Alan Wake to life. Matthew Porretta will return as the voice for the author protagonist, who you might recognize as Dr. Casper Darling in Remedy's most recent game, Control. Ilkka Villi will return as the live-action actor and model for Alan Wake, already having appeared in the game's first trailer.

Thank you for being as excited about Alan Wake 2 as we are ❤️🔥🔦. A couple of easy clarifications before we go dark to continue the work. Yes, this is a 3rd person game. Yes, both Ilkka Villi and Matthew Porretta return in the role of Alan Wake. #AlanWake @alanwake @remedygames pic.twitter.com/8UvzXGgKdE

Alan Wake II is set to launch in 2023 on Xbox Series X|S, PS5, and PC, with Epic Games helping fund the development. The first game, released over a decade ago, is still one of the best titles Remedy has made, with our review of Alan Wake Remastered reading, "This is the nicest-looking, best-realized version of Remedy's 2010 title, and it holds up today just as well as it did when it originally appeared on the Xbox 360." 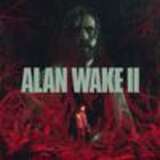