Age Of Empires 2 And 3 Remasters Announced

The second and third installments are also getting definitive editions.

Microsoft capped off its Age of Empires livestream today with two surprise announcements. In addition to a brand-new installment in the beloved RTS series, the publisher revealed that "definitive" versions of Age of Empires II and Age of Empires III are also on the way.

Like the upcoming Age of Empires: Definitive Edition, the acclaimed titles are also being remastered in order to modernize them. While Microsoft didn't share any release date or gameplay details for either game, the titles will presumably receive the same kinds of changes and updates being made to the first Age of Empires.

This isn't the first time Age of Empires II has been remastered; an HD edition was released for Steam back in 2013. Along with improved textures and resolution, it added Steamworks features such as achievements, leaderboards, matchmaking, and cloud support.

Age of Empires: Definitive Edition was first announced at this year's E3 back in June. In addition to a visual makeover, the title features a new UI, an enhanced soundtrack, improved online multiplayer, the ability to attack-move, and other changes. It releases on October 19--the exact date of the game's 20-year anniversary. A beta test for Age of Empires: Definitive Edition kicks off tomorrow, August 22; players who'd like to participate can sign up here.

Microsoft's other surprise announcement, Age of Empires IV, is the first new installment in the series in 12 years. It is being developer by Relic, the studio behind Dawn of War and Company of Heroes. Microsoft hasn't announced a release date for the game, but it presumably won't launch for some time yet. 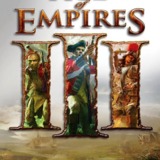