Formula 2 driver Juri Vips has had his contract with Formula 1 racing team Oracle Red Bull Racing terminated after using a racial slur during a stream on Twitch.

The incident, which occurred nearly a week ago, featured Vips using the slur while playing Call of Duty: Warzone. Another Formula 2 driver, Liam Lawson, was on the stream too, but seemed to uncomfortably laugh at the incident. Later in the stream, according to Eurogamer, Lawson also asked Vips to wear a pink Red Bull cap. Vips replied with a homophobic response, to which Lawson retorted, "Juri, you can't say that".

Oracle Red Bull Racing, the team that currently has Formula 1 world champion Max Verstappen in its team, suspended Vips from its test and reserve driver program pending an investigation. The team announced today that it had terminated its contract with Vips, meaning he will no longer be racing in Formula 2 either with team Hitech Grand Prix.

The news comes in the wake of another racist debacle that has rocked Formula 1. A snippet from a podcast recorded in late 2021 revealed three-time F1 champion Nelson Piquet Sr. using racist slurs to describe seven-time world champion Lewis Hamilton. Hamilton responded on Twitter saying, "I’ve been surrounded by these attitudes and targeted my whole life. There has been plenty of time to learn. Time has come for action."

F1 22 launches this week on PC, Xbox Series X|S, PlayStation 5, Xbox One, and PlayStation 4. Juri Vips is currently featured in the game as part of the Formula 2 roster. We have reached out to Codemasters for a comment. 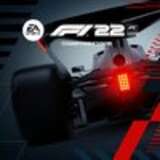