The mobile puzzle game will be removed from app stores this summer.

Capcom is shutting down services for its recent mobile game, Puzzle Fighter. The publisher announced that it will remove the puzzle game from app stores on July 1, while the option to spend money on in-app purchases will be disabled on April 23.

Servers for Puzzle Fighter will continue to operate for a few more weeks after the title is de-listed, but they will be shut down on July 31, after which point the game will no longer be playable. In the meantime, Capcom is offering 10,000 gems--Puzzle Fighter's in-game currency--to all players as a thank-you gift.

The company is also releasing Puzzle Fighter's upcoming characters and stages for free. Two new characters, Regina and Dr. Wily, will be added to the game later today, April 20, while Ada Wong and a pair of stages--Darminor and Uroboros Laboratory--arrive on April 23.

Puzzle Fighter officially launched for iOS and Android devices in November 2017. It was developed by Capcom Vancouver, the studio best known for the Dead Rising series. According to the publisher, the zombie series factored into the decision to shut down Puzzle Fighter.

"As the studio is dedicating its focus to our flagship Dead Rising franchise, we have decided to sunset Puzzle Fighter," Capcom explained in a post on the Capcom Unity blog. "We appreciate the fans who have supported Puzzle Fighter until this point. We thank you for playing the game and hope to ensure your remaining time with Puzzle Fighter is an enjoyable one."

Earlier this year, Capcom Vancouver was hit by a wave of layoffs that impacted "approximately 30% of the studio." Capcom hasn't formally announced a new Dead Rising game, but most recent release in the series, Dead Rising 4: Frank's Big Package, launched for PS4 in December and packaged 2016's Dead Rising 4 with all of its DLC and new bonus content. 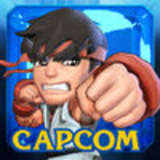