A lot has changed in the years since After Burner first blazed a contrail through arcades. But if there's been one constant in video games in that interim, it's this: Blowing things up is still fun. We're confident the zany folks at Planet Moon Software--the developers of such quirky action games as Infected and Armed & Dangerous--have kept that maxim in mind while working on Black Falcon, the first After Burner game to appear in quite some time and definitely the first one to hit the PSP.

Black Falcon goes well above and beyond the old games, with three playable pilots, a diverse number of levels filling out a relatively complex mission structure, and a whole ton more planes to wage war with than before. To get more information on the myriad of new aircraft you'll be flying--and some of the environs you'll use them in--we went to Planet Moon producer Ryan Kauffman, who humorously provided the following details.

The first thing we decided about the jets of After Burner was that we wanted to use real-world, licensed aircraft. Ever since the beginning, the After Burner franchise has been associated with the F-14 Tomcat, and we knew we had to keep that tradition strong, but we also wanted to add a whole stable of fighters and bombers to complement it.

The holy trinity of the game is the F-14X Tomcat, the F-15E Strike Eagle, and the F/A-18E Super Hornet. Each one is assigned to a different playable pilot character at the outset of the game. The aircraft's specialty matches that of the pilot. For example, Lt. Harrison "Bull" Duke only cares about himself and his paycheck--he's only in it for the money. So Bull flies the F/A-18E, which carries an impressive air-to-ground payload, allowing him to rain destruction and rack up massive cash bonuses. Lt. Billy "Sonic" Blaze cares about speed, and so he flies the F-15E, the fastest but most lightly armed of the three jets. The F-14X Tomcat (the X denotes the experimental afterburner that Scramble Team technicians bolted on) is the most balanced craft, a nod to the original After Burner and its long legacy with the Tomcat.

After nailing down what the default workhorse craft should be, we expanded the list to include specialty aircraft like the SR-71 Blackbird (the high-altitude recon craft known as the fastest jet in the world), the classic Vietnam-era fighter F-4 Phantom II (which does Mach 2-plus faster than any jet of its vintage has any business doing), as well as cutting-edge 21st century fighters like the F-22 Raptor and the F-35 Lightning II.

Finally, we grabbed a few undeveloped prototypes like the X-36 and X-29 and created our mythical "assassin jets." These little beauties have advanced handling characteristics and are at the top end of the speed curve.

It's important to note that we tweaked the stats so that handling, payload, and top speed vary noticeably from one aircraft to another. And, of course, you can purchase upgrades to modify the base characteristics to something that better suits your play style.

When we began to design the environments for After Burner, we knew we wanted a heightened experience--something beyond realism. We loosely called it "reality plus one." From that concept, we began looking for terrain and weather types we thought would be most cool. This allowed us to compress all the impressive features of, say, Thailand, Vietnam, and Indonesia into one terrain type called "Thailasia."

The countries and environments of After Burner are geared to be fun, unexpected, and over the top--as if the Earth had been created by action-movie directors!

Anyway, here's a short list of some of the things you'll see at a 9,000mph blur in your windscreen.

Lush, tropical, and deadly...with UV radiation! Please put some sunscreen on before you fly missions over the blue lagoons and desert islands of Micronesia. You'll encounter pirate fleets, enemy bombers, and the occasional volcano. Do not anger the volcano god!

The proving grounds outside Dreamland are forged from prehistoric rock, hewn by mighty rivers long extinct, and as old as the world itself. They're also red, which is pretty cool. Zip over and under rock arches, launch a few missiles at an old bridge, and blast through Monumental Valley.

The towering rock formations of Thailasia will challenge your piloting skills and test your mettle as you skim over the green tropical waters. Dodge missiles and enemy helicopters, or partake of peaceful water temples for a bit of meditation and relaxation. Thailasia is Black Falcon's official resort base, where all Black Falcon members are required to spend several months backpacking with Swedish college students and really grooving on the relaxed vibe of the people, y'know?

Fog shrouded and mysterious, Amazonia conceals a bloody history of human sacrifice, imperial plunder, and a ton of flak turrets. Good lord, there are a lot of flak turrets. Buzz through the mountainous ruins of an ancient civilization and then soar over wide, green river valleys as you explore, fight, and then die in flaming pieces of wreckage because of those damn flak turrets. Human sacrifice? Yeah, now you're it.

The forbidding cold and grey crags of Mountainistan are as deadly as the enemies hiding among them. Twist and turn through narrow valleys and haul tail (if you dare) through cramped caves. Keep an eye out for the ancient castle, packed to the rafters with dynamite. Gosh, I wonder what would happen if you launched a missile through its front gates? Hmm.

Global warming evidently hasn't affected the polar regions of Arctica, frozen solid and prickly with sharp outcroppings. Troll for nuclear submarines over its frigid waters, then jink and dodge through the jagged arms of Devil Ice. Avoid the dreaded super attack blimps as you try to thread your plane through narrow arches and looming icebergs. Fear will keep you warm...fear, and that bottle of vodka stowed in your flight suit. (Yes, we know about that.) 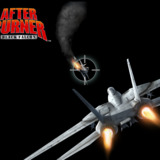