After a Billion Downloads, Fruit Ninja Movie on the Way

The live-action film is expected to be a "family friendly comedy."

A movie based on the Fruit Ninja video game franchise is in development.

According to The Hollywood Reporter, the game--in which players slice up all manner of fruit by swiping the screen--is being adapted into a live-action "family friendly comedy."

The script is being written by J.P. Lavin and Chad Damiani, who were also behind another crazy-sounding project, How to Survive a Garden Gnome Attack. Tripp Vinson is producing the movie from his Vinson Films outfit.

There is no word yet on a cast, director, or release date for the Fruit Ninja movie.

The Fruit Ninja series was created by Halfbrick Studios. The game has been a huge hit, reaching more than 1 billion downloads.

Fruit Ninja won't be the first mobile game adapted for the big-screen, as Rovio's Angry Birds movie opened on Friday in the US. It is expected to be the weekend's biggest film. Additionally, a movie based on Temple Run is on the way. 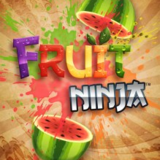