After 18 Years, Ubisoft Shutting Down Its Studio in Morocco

Ubisoft Casablanca was founded in 1998 and worked on more than 26 games.

Ubisoft announced today that it will close its studio in Casablanca, Morocco. The official shutdown will take place on June 13.

In a statement, Ubisoft said employees were told about the shutdown sometime last week. Additionally, Ubisoft will provide "transfer opportunities" to other Ubisoft studios, or "assistance" for the employees who are being let go.

Ubisoft Casablanca opened its doors in 1998. Over those 18 years, the developer has contributed to more than 26 games, including mobile and portable versions of games such as Valiant Hearts, Child of Light, and Rayman Legends.

The studio is closing down as a result of the evolution of the video game market, Ubisoft Mobile executive director Jean-Michel Detoc said in a statement.

"We didn't find a sustainable formula for the studio within our broader network," he explained.

Ubisoft's statement continued: "The decision to close Ubisoft Casablanca was taken as part of Ubisoft's constant efforts to increase the efficiency and effectiveness of its cross-collaboration studio model."

Following the closure of Ubisoft Casablanca, Ubisoft will have 29 studios in 17 countries. Five of these studios are "fully committed" to mobile game development. 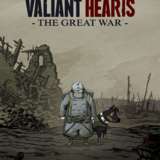