The cute game starring Yarny is coming out early next year.

Unravel, the gorgeous platformer starring Yarny being developed by Coldwood Studios, will launch during quarter four of fiscal year 2016. This corresponds to January 1 through March 31. Publisher Electronic Arts announced the news today during its financial earnings call.

In the game, you take control of Yarny, a small figure made of yarn who must make his way through different levels. He has the ability to use his yarn to swing through environments and complete puzzles.

Unravel was announced at E3 2015 in early June. Coldwood is an indie studio that's made a variety of different types of games in its past, including titles like Ski Racing 2005, Freak Out, and The Fight: Lights Out. Unravel was promising enough that Battlefield developer DICE set Coldwood up with EA, which offered to publish the game.

During EA's earnings call, the company also stated that it's seen "momentum" with its sales for its upcoming fiscal year. In addition, EA revealed that Star Wars: Battlefront has seen "extremely strong preorders."

Unravel is planned for PlayStation 4, Xbox One, and PC. Its Q4 2016 release puts it in the same window as two other EA games, Mirror's Edge: Catalyst and Plants vs. Zombies: Garden Warfare 2. Not much else is known about Unravel at the moment, but keep an eye on GameSpot for more news in the coming months. 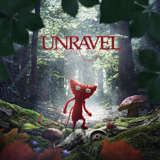