Given that gamers already knew ActRaiser, Kid Chameleon, and J.J. and Jeff were headed for the Wii's Virtual Console downloadable game service, the only thing surprising about this week's batch of releases was that somebody was working on Memorial Day to make sure they went up yesterday morning.

Originally released on the Super Nintendo in 1991, ActRaiser was an unusual combination of a side-scrolling action game and an overhead world-building strategy title. As the avatar of a god, players first had to slash their way through platforming levels and then direct the expansion of a civilization, performing miracles to guide followers along the way. ActRaiser is available for 800 Wii points ($8).

When it debuted on the Sega Genesis the following year, Kid Chameleon offered a more action-focused experience, with players assuming the role of a boy trapped in a haywire virtual-reality arcade game. As the best gamer in his town, Kid Chameleon must beat the game's 100-plus levels with the help of a variety of headgear that grant him special powers. Sega's Kid Chameleon sells on the Virtual Console for 800 Wii points ($8).

Rounding out the week's releases is J.J. and Jeff, originally released for the TurboGrafx-16 by Hudson in 1990. A localized version of the Japanese TG-16 game Kato and Ken, J.J. and Jeff followed a pair of detectives on the trail of a rich man who has been kidnapped. As J.J. or Jeff, players run through 24 areas full of enemies and obstacles, as well as hidden rooms where, according to Nintendo "you can regain health while being completely entertained by [a] short sketch and surreal allure." J.J. and Jeff is available for 600 Wii points ($6). 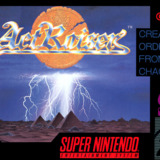