Publisher announces deal to publish two new Spidey-inspired titles: one based on the comic book and the other based on the third film.

Even though Spider-Man 3 won't be out in theaters until 2007, Activision has already closed a deal to publish a game based on the Sony Pictures sequel. Today, the publisher announced its new agreement with Sony and Marvel Enterprises, parent of the comic book company that created the Spider-Man character more than four decades ago, to publish the game.

While it did contain the sales numbers for the Spider-Man franchise--some $245 million since 2000--Activision's press release curiously left one important bit of information out. Namely, what consoles Spider-Man will be released on.

The omission is likely due to the fact that Microsoft, Sony, and possibly Nintendo's next-generation consoles are expected to be released sometime in 2006, and any game released the following year will be for those as-yet-unnamed consoles. Activision reps would neither confirm nor deny that Spider-Man 3 would be developed for the current or upcoming crop of consoles.

Activision also announced it is developing a Spider-Man game "based on the 40-plus-year history of the Spider-Man comic book." However, given that the game is due out in 2005, it will almost certainly be for platforms either already on the market (the Xbox, PS2, PC, GC, or GBA) or for those that will be released in the next 12 months (the DS and PSP). Activision's next Spidey-inspired game, Spider-Man 2, will arrive on every currently announced platform, except the DS, over the next year. 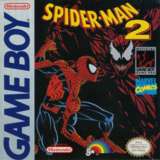