Activision ships two for the GBC

Activision has shipped Spider-Man 2 and Wolverine's Rage for Nintendo's handheld.

"Spider-Man 2: The Sinister Six and X-Men: Wolverine's Rage feature the same superhero action that turned these Marvel characters into legends,'' said Larry Goldberg, executive vice president for Activision Worldwide Studios. "Together with the accessibility of the Game Boy Color platform, fans now have the freedom to fight villains anywhere.''

Each game carries a suggested retail price of $29.99. 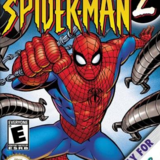