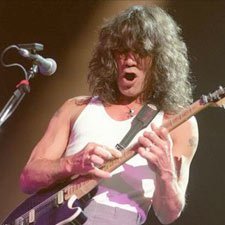 Griffith also hinted that something bigger was in store for the billion-dollar rhythm franchise. "As we look at that back half of the year we expect to release the majority of our games," he declared. "Starting with the Guitar Hero franchise, we'll launch a major restage of the business, with all-new differentiated Guitar Hero products, plus the launch of DJ Hero, a line extension that enhances the franchise."

Today, Eurogamer cited "a source close to the publisher" as confirming that Activision is adding three more installments to its rhythm series this year. According to the British site, "Guitar Hero 5" will arrive in September, followed a month later by the already officially confirmed DJ Hero. 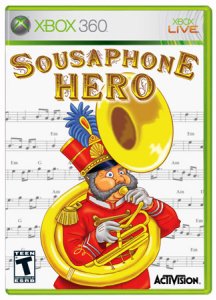 However, two previously unannounced games were also named: "Hard Rock Van Halen" in August and "Band Hero" in November. The former is not totally unexpected, as Activision Blizzard CEO Bobby Kotick name-checked the rock supergroup at a conference last March. (The "Hard Rock" subtitle is odd though--could a Hard Rock Cafe-branded game be in the works?) The latter, however, remains shrouded in mystery. Will it offer new types of non-rock music (funk, perhaps?) with new peripherals? Then again, for anyone who was part of a music class in high school, the title "Band Hero" evokes nightmarish flashbacks of brass instruments like those mocked by The Onion's Sousaphone Hero parody.

The official story: E-mails asking for comment about any unconfirmed upcoming music games got the silent treatment from Activision.