Portable gaming fans may have to wait until tomorrow (or midnight tonight) to get their eager hands on Sony's PSP. But fans can at least whet their appetites by purchasing a couple of Activision-published PSP games and reading the instruction manuals until their PSP arrives.

The publisher today announced that PSP versions of Spider-Man 2 and Tony Hawk's Underground 2 Remix are now available at retail stores. Both titles were developed by in-house studios: Spider-Man 2 by Vicarious Visions and Tony Hawk by Shaba Games.

Spider-Man 2 is based on the 2004 summer blockbuster film of the same name (which is being shipped in PSP-playable UMD format with the first one million PSPs in North America), and once again the webbed one must battle Doc Ock by running, jumping, and swinging through the Big Apple. Though the game bares some resemblance to its console counterparts, it has 19 all-new levels that intersect storylines from the film and bring original content to the adventure.

Spider-Man 2 is rated "T" for Teen and retails for $49.99. For more information on the web-slinging game, swing over to GameSpot's full review.

Tony Hawk's Underground 2 Remix is another shrunken-down version of a previously released game with a touch of extra content. Remix features four new cityscapes to thrash unseen in the console version, including Las Vegas, Atlanta, Kyoto, and Santa Cruz, all of which have been seamlessly integrated into the story mode through new storylines. Skater-pranksters Hawk and Bam Margera trick through 13 single-player levels, and a multiplayer mode allows four buddies to compete in 10 games wirelessly.

Tony Hawk's Underground 2 Remix is rated "T" for Teen and sells for $49.99. To learn more about the game, ollie over to GameSpot's full review. 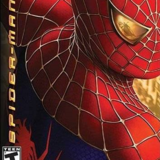