After reporting disappointing 2005 holiday earnings today, Activision executives held a conference call to talk about their plans for the future. As the company cited the ongoing transition from current-generation platforms to next-generation consoles as a major factor for its lower-than-expected profits, executives were eager to tell the Wall Street analysts participating in the call about their plans for the new crop of machines.

In its 2007 fiscal year, which runs from April 2006 to March 2007, Activision will "remain committed to maintaining a leadership position on next-generation platforms," said Activision publishing president and CEO Michael Griffith. Griffith said that, during those 12 months, his company plans to release five PSP titles and four Xbox 360 titles--one of which will be the just-announced multiplatform X-Men: The Official Movie Game (working title). More importantly, he revealed that Activision is planning to ship three PlayStation 3 launch titles and one Revolution launch title during that period. The revelation is further confirmation that both consoles will almost certainly launch by year's end, most likely in November.

Though Activision didn't name its PS3 and Revolution titles, it's likely that they will be based on existing properties. Stung by the less-than-stellar reception of its all-new IP, Gun, which Griffith admitted "performed below our expectations," the publisher said that "fiscal 2007 will be a year of caution and investment as we manage through the remainder of the transition and focus resources to prepare for accelerated growth in the next cycle." In other words, the publisher will be relying on its stable of tried-and-true franchises, which includes Call of Duty and Quake.

Ironically, Activision did identify some of the games set for release during its 2008 fiscal year (April 2007-March 2008). Those will include tie-ins for the films Shrek 3 and Spider-Man 3, as well as new titles based on the adventures of skater extraordinaire Tony Hawk and the X-Men comics and films. No specific platforms were mentioned, but given that all next-generation consoles will have been on the market for months, it is almost certain the four franchises will be appearing on either the PS3, the Revolution, or the Xbox 360--or on all three. 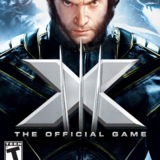