Activision today announced that it has partnered with ABC Entertainment and BBC Worldwide America to make a Dancing With the Stars game for the Nintendo Wii and PlayStation 2. Though just announced, it won't be long until the Dancing game comes home. The title will be available on the Wii on October 30 and on the PS2 on November 13.

The Wii version, which will cost $49.99, will take advantage of the unit's unique motion-sensitive controller, allowing gamers to mimic dance moves by physically prancing about. The PS2 version will use the PlayStation 2 Dance Pad, and cost $39.99 for just the game or $49.99 bundled with a limited edition, Dancing With the Stars-branded version of said pad.

Details on gameplay have not yet been divulged, but Activision stated that former Dancing With the Stars participants Emmitt Smith and Stacy Keibler will be included in the game. Dancing With the Stars is currently in its fifth season. Among the celebrity competitors featured in this round are Wayne Newton, Jane Seymour, Spice Girl Melanie Brown, and former 90210 star Jennie Garth. 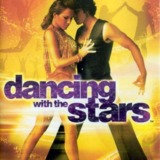 View Comments (111)
Dancing with the Stars