It could be argued that Konami invented the instrument-based rhythm game genre when it created Guitar Freaks and Drummania around the turn of the century. However, it wasn't until earlier this year that the Japanese publisher announced its first multi-instrument rhythm game, Rock Revolution. Set for release October 14, the title will attempt to take a slice of the faux-rocker revenue pie cooked up by MTV/Harmonix's Rock Band and Activision's Guitar Hero series. 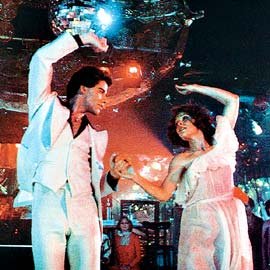 Though Activision reps had not responded to requests for clarification as of press time, the very name Dance Hero evokes images of a title along the lines of DDR or EA's more recent Boogie. However, just because Activision has registered the name, doesn't mean a game is definitely in the offing. In January 2007, Activision trademarked "Guitar Villain" and "Drum Villain", with no sign of a game bearing either handle having yet surfaced. This past February, it locked down rights to the title "DJ Hero" without announcing a new product, although rumors of a turntable-based mash-up game bearing the name are beginning to bubble up.