Call of Duty publisher confirms it continues to own the "beloved" franchise and is exploring ways to bring it back some day.

The Crash Bandicoot series is not dead, just resting, Activision has said.

A representative with the company told Game Informer that Activision continues to own the Crash IP and is currently considering potential avenues to resurrect the franchise.

“Activision owns Crash Bandicoot and we continue to explore ways in which we could bring the beloved series back to life,” a representative said.

It was suggested last week that the Crash IP may have switched hands and gone to Sony after all mention of Crash was removed from Activision's website. 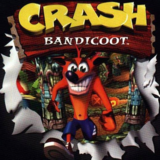