The price of next-gen console games was a hot issue last year when the bulk of Xbox 360 launch titles carried a $60 price tag. This week, Activision CEO Robert Kotick confirmed what many gamers already expected or even assumed: The company's PlayStation 3 games will retail for roughly $60.

In a presentation to the Merrill Lynch Media and Entertainment Conference yesterday, Kotick indicated that the company is taking a next-gen pricing approach to its next-gen software, thanks in part to its success with pricing PlayStation Portable games at $50 and Xbox 360 software, like the best-selling Call of Duty 2, at $60.

"We have not seen a lot of consumer resistance at the higher price points, and we expect that all of our next-generation products will be launched at $60 price points," Kotick said.

On the surface that would suggest $60 Wii games from the company, but an Activision representative confirmed for GameSpot that Kotick was referring only to PlayStation 3 and Xbox 360 games. In fact, the publisher's Activision Value label is already preparing a pair of Wii launch titles: Rapala Tournament Fishing and World Series of Poker.

Since the Xbox 360 launched last year, some publishers have defended the $59.99 standard price for next-gen releases by citing the increased development costs associated with the new platforms. While Kotick did not bring the example up specifically in relation to the company's pricing strategy for games, he did mention that Spider-Man 3 has cost the company more than $35 million to develop on all formats. He did not specify on which consoles the game would appear.

"That is the most expensive product that we've created, and for good reason," Kotick said. "You'll see how much it really takes advantage of the assets and the capabilities of the hardware." 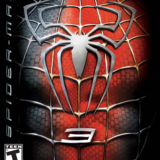