LAS VEGAS--Activision Blizzard CEO Bobby Kotick has no problem speaking his mind. The executive's outspokenness was on full display last year, when he threatened to cease support of the PSP and PlayStation 3 and raised the idea that "someday peripheral-based Activision games might bypass consoles altogether. Though those comments ruffled publishers' feathers, it was developers who took umbrage at Kotick's declaration that one of his management goals "was to take all the fun out of making video games."

Since Kotick's words made a splash in the press, Activision has sought to reassure the industry that it fosters a work environment hospitable to top game creators. Indeed, the subject of Kotick's keynote address at this year's DICE Summit, "How Creative Talent Drives The Video Game Industry," appears to be an olive branch of sorts to any developers stung by his earlier comments.

Unfortunately, though, Kotick's address comes the week after Activision initiated a purge of its internal studios. The company--one half of megapublisher Activision Blizzard--confirmed that it had pared down the payroll of Prototype developer Radical Entertainment and shuttered Transformers studio Luxoflux and Guitar Hero: Van Halen shop Underground Development altogether. Unconfirmed reports have original Guitar Hero publisher RedOctane being primed for closure and the Guitar Hero IP being taken away from Neversoft, which was also reportedly hit by layoffs.

With recent events still hanging in the air, DICE attendees shook off the after-effects of the previous evening's opening night party and assembled in Red Rock Casino's Summerlin Ballroom to hear Kotick speak.

[11:50] There is hardly an empty seat in the house as OnLive CEO Steve Perlman wraps up the preceding presentation of his company's online service. Many in the audience were visibly impressed.

[11:51] AIAS president Joseph Olin takes the stage and relays an anecdote about how he applied for a job at Activision. He didn't get the job, but Kotick said he liked him.

[11:51] Kotick takes the stage and makes a joke about his small stature. "I think you had this mics setup for [former EA CEO] Larry Probst," he cracks as he pulls down the mics.

[11:53] He said he was sleeping on a couch with not a cent and then realized he needed money to actually buy the company, which was then called Mediagenic.

[11:54] At the time, a venture capitalist asked him why he wanted to buy Mediagenic. "Buy Mediagenic? I don't want to catch Mediagenic," he joked. "I want Activision."

[11:55] He then talks about how he loved Activision from its inception, when a bunch of disaffected developers left Atari in 1979.

[11:56] "I liked the concept, but as a business guy, I thought that maybe one day down the road it would offer financial independence and creative independence." He says that film and music were too established.

[11:57] Kotick was actually a developer at Electronic Arts for five years before he bought Activision at the ripe old age of 26. (Anyone over 30 may begin a period of depressed introspection...now.)

[11:59] Kotick was also told by the person--actually the head of Mediagenic, not a venture capitalist--that his background in art history wasn't very impressive.

[12:00] He then talks about his fruitless yearlong effort to acquire Commodore.

[12:01] Kotick said it was very hard to raise capital, since the spectacular failure of Atari had many convinced that "video games were just a fad, like the pet rock."

[12:01] Even the heads of Commodore thought as much, saying they didn't want to compete in the "consumer space."

[12:02] They wanted to compete against Sun Microsystems, even though Kotick was convinced the Amiga could be an ideal gaming platform.

[12:04] After pointing out he is a single father of three daughters, Kotick pokes fun at his weight, saying, "I like to eat. It's an addiction, you could say."

[12:04] Now, Kotick is returning to the thesis of his speech. He said the lesson he's learned over the years is to empower "people who really know how to make games."

[12:06] He admits that his disconnection from the day-to-day process of development has cost Activision--and Activision shareholders--"many opportunities."

[12:06] An an example, Activision almost bought Maxis at a time when the studio was dealing with Sim City 2000's troubled development.

[12:07] Will Wright invited him to check out a secret project called "Jefferson," but he was so put off by Sim City 2000's problems he passed.

[12:07] Kotick also regrets not buying Harmonix when they were developing Guitar Hero.

[12:08] "The thought of going up to Boston to check out this crazy developer didn't even occur to us."

[12:12] Activision also had the chance to buy Jamdat but couldn't raise the capital. EA would end up buying Jamdat for $680 million.

[12:12] Activision also had a chance to buy Pandemic but instead just gave them some seed money. EA bought BioWare/Pandemic in 2007 for $860 million.

[12:13] "Activision is a great mothership, if you want the opportunity and support that provides. If you want to sell out and move on, there's some other companies out there who can help you." Raucous laughter and a few isolated claps.

[12:16] "Now, when I said 'I want to take all the fun out of video games,' I was talking to investors. And what I meant was that our development isn't some disorganized Wild West mess."

[12:17] "So what I was trying to say is by putting in established processes, we're actually keeping the fun in making video games... All good development teams know the importance of processes and discipline. And they can implement those processes in ways which are fun."

[12:20] He said he began programming in his dorm room, and the only kinds of games that would allow for such programming these days are on platforms like Facebook.

[12:21] So, to foster independent development, Activision is announcing a new independent game challenge with a $500,000 grand prize.

[12:21] Now he's wrapping up, expressing thanks to "everyone who works at Activision Blizzard who put their heart and soul into our games."

[12:21] That's it! Check back later today for more happenings from the DICE Summit in Las Vegas. 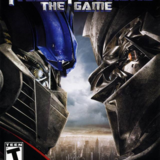