The brains behind Star Control 1 and 2 have been snatched up by Santa Monica-based Activision. The Northern California independent development house Toys for Bob, its president Paul Reiche III, and its staff of 26 were acquired today by Activision.

"We have worked exclusively with Activision for the past three years," said Reiche, "so we know the people, the products, and the company's intentions quite well, all of which are entirely compatible with our own team and vision."

According to Activision, Toys for Bob is working on a game adaptation of the upcoming DreamWorks Animation film Madagascar for the GameCube, PlayStation 2, and Xbox. According to Toys for Bob, however, the game has already reached gold master, leaving the company free to develop an unnamed project slated for release in 2007. Madagascar will hit theaters later this month, and the game should be in stores around the same time.

Other members of Toys for Bob, such as technical director Fred Ford, have worked with Reiche for many years and have worked on games that go back to the 16-bit era and earlier. The company has historically embraced new platforms early. Previous games developed by Toys for Bob include Pandemonium and Unholy War for the PSOne, The Horde for the 3DO, and the cross-platform Disney's Extreme Skate Adventure. 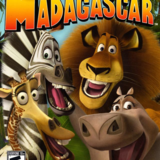