Learn the latest details on the Tenchu game coming to the Xbox.

Activision has officially announced Tenchu: Return From Darkness for the Xbox. At its core, the game will be similar to Tenchu: Wrath of Heaven, which was released for the PlayStation 2, but it will now contain new maps, new technical features, and support for Xbox Live. Players will be able to take control of one of three characters, including Rikimaru, Ayame, or Tesshu. The game will feature 11 levels (two of which are entirely new), six multiplayer levels, and new cutscenes. The six multiplayer levels will have Xbox Live support.

Tenchu: Return From Darkness is scheduled for release in spring 2004. 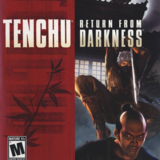