Activision today announced that its entertainment division has reached a deal with streaming juggernaut Netflix for its Skylanders show, Skylanders Academy.

This program was announced in November 2015, but at the time, Activision did not say where the show would air. Skylanders Academy will debut this fall.

Here is the official description for Skylanders Academy: "The series follows the heroic adventures of the Skylanders team, a group of heroes with unique elemental skills and personalities who travel the vast Skylands universe, protecting it from evil-doers and showing the next wave of Academy cadets how to do things the 'Skylander way.'"

Leading Activision Blizzard Studios is Nick van Dyk, who formerly worked at Disney for more than nine years as its senior vice president.

Activision Blizzard Studios is also working on Call of Duty movies. There are fewer details available about these, however. Activision has only said that it is creating a "robust cinematic universe" for multiple movies, which could hit theaters (or digital channels) in 2018 or 2019. 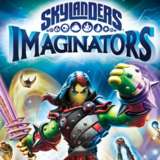