Activision announces that it has acquired the developer of the recently released World War II shooter Call of Duty.

Activision has today announced that it has exercised its option to acquire the remaining 70 percent of outstanding common stock in Infinity Ward. Formed by members of the team that worked on Medal of Honor Allied Assault and based in California, Infinity Ward was responsible for developing the recently released World War II shooter Call of Duty.

"This acquisition is aligned with Activision's strategy to acquire companies with a history of creating high-quality products, which, over time, can enhance the company's financial operating model," said Ron Doornink, president and CEO of Activision Publishing. "Infinity Ward has a very talented team of programmers, designers, and artists, many of whom were members of the team that developed Medal of Honor Allied Assault, one of the most acclaimed PC games of last year. We are confident that this studio's development strengths will further establish Activision as a leader in the PC action genre."

Under the terms of today's agreement, Infinity Ward has become a wholly owned subsidiary of Activision, and a number of key Infinity Ward employees have signed long-term employment contracts with the publisher. 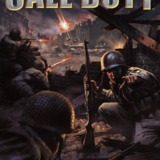