The game, which was released for PC in December 2020, has an "overwhelmingly positive" user review average on Steam.

The game was originally released for PC in December 2020 for $20, where it quickly racked up an "overwhelmingly positive" user review average on Steam, with more than 26,000 reviews and counting. It also boasts an 87 average Metacritic score (based on five reviews) and a 9.2 user score.

Explore a strange world full of colorful friends and foes as you uncover a forgotten past that will determine your fate... when @OMORI_GAME by @_omocat comes to #NintendoSwitch in Spring 2022! #IndieWorld pic.twitter.com/FLZ3jt1tMP

So, what kind of game is Omori, exactly? That's a little harder to pin down. The trailer shown during the Indie World Showcase does little to provide details, other than giving a glimpse at some of the game's characters and music. The game's official description is as follows:

"Explore a strange world full of colorful friends and foes. When the time comes, the path you've chosen will determine your fate…and perhaps the fate of others as well." But the game's product page on Steam also includes a foreboding warning, stating that the game "contains depictions of depression, anxiety, and suicide, and may not be suitable for all audiences."

Based on the Steam reviews, it seems more than a few players have compared Omori, which is labeled as an adventure/RPG, to the critically acclaimed Undertale. Other Steam reviews state that the game also contains strong psychological horror elements.

It seems Omori's official description, trailers, and screenshots are purposefully not giving too much away, so perhaps it's best to go into the game knowing as little as possible.

Other Indie World Showcase announcements include a Holiday 2022 release window for the turn-based RPG from the creators of The Messenger, Sea of Stars, as well as the Nintendo Switch arrival of the painting-themed Chicory: A Colorful Tale, which is available starting today. 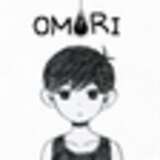