Hopefully, it comes back at some point.

Red Candle Games has released a statement in regards to the current status of its latest game, Devotion. The Taiwanese developer pulled its first-person horror title from Steam following the discovery of a controversial in-game art asset. Unfortunately, Red Candle Games' latest news on Devotion isn't particularly promising and it seems like the game isn't coming back to Steam any time soon.

"While mediation is still in progress, Red Candle's co-founders have reached a unanimous decision to not re-release Devotion in the near term, including but not limited to obtaining profit from sales, revision, IP authorization, etc. to prevent unnecessary misconception," Red Candle wrote in its statement, which is linked below. "If, in the future, the public would be willing to view this rationally and allow us the opportunity to rebuild trust with our players, Red Candle would reconsider re-releasing Devotion."

Now Playing: Devotion's Terrifying Gameplay Will Give You Nightmares

Greetings, we are Red Candle Games from Taiwan. To all of our players, industry and media friends, we would like to provide an update on ‘Devotion’. pic.twitter.com/wfGTUbHtHx

The art asset in question was a hidden reference that compared China president Xi Jingping to Winnie the Pooh, a joke that is censored in China. Upon the asset's discovery, Devotion received heavy review-bombing from Steam's Chinese playerbase. Though Red Candle implemented a patch that removed the asset almost immediately after it was discovered, the developer ultimately pulled the game from Steam after it was apparent the review-bombing was not going to stop.

In regards to the incident, Red Candle wrote in its latest statement, "We made a critical and unprofessional error during the game's production. It saddens us that the focus of the game has shifted drastically since the erroneous art asset was found." Red Candle concluded its statement with the hope that fans will give the developer a second chance, explaining that all it wanted was to "create a great game." The thing is, Devotion is a great game and it's a shame that there's currently no way to play it unless you downloaded it to your PC before the game was taken off Steam.

In our Devotion review, Richard Wakeling gave the game a 9/10, writing, "Devotion doesn't quite match the anxiety-inducing frights that permeate each cautious step forward in games like P.T. and Amnesia: The Dark Descent, but its domestic terror burrows deep inside your psyche long after the final credits have rolled. The sorrowful story it tells meshes malice with tenderness, metaphor with stark truths, and achieves it all with the nuanced kind of environmental storytelling other games can only strive for. There are moments when it jumps out of the genre completely, surprising you with a sudden tonal shift, and others where the oftentimes clichéd presence of a children's doll is used to signal a character's poignant detachment. Everything Devotion does is in service of this story and its character development; you learn about these people's lives, empathize with their plight, and come to understand their actions, even if you don't agree with them. Home is where the heart is, and Devotion is a shining example of what the horror genre is capable of." 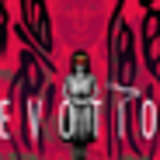