Glen Cove staff laid off on Friday, Texas staff locked out of their offices; games library in jeopardy.

According to numerous sources, including some former Acclaim staffers, Acclaim Entertainment's home office in Glen Cove, New York, has been closed and staff has been informed that their services are no longer needed. Acclaim staffers were notified of the closing on Friday. Sources said the company's Austin, Texas, location has also been shuttered.

Noticeably absent from the scenarios being told to GameSpot News is any mention of the company's intent to declare itself bankrupt or to seek bankruptcy protection.

Some staffers have indicated that severance packages have been tendered in exchange for signed nondisclosure agreements, while others state only that they've been told not to return to work. The company is demanding that staffers make appointments to pick up possessions still remaining on-site.

As for the future of Acclaim games that remain in the production pipeline, including 100 Bullets and Juiced, their status is unclear, although sources suggest that when and if the games make it to retail, the Acclaim name will not be attached.

One analyst who covers Acclaim predicted that bankruptcy is an unlikely outcome of the company's recent activities. "The interesting thing here is that they will very likely not liquidate but will merely declare to keep their creditors at bay until they can generate revenues sufficient to pay their debts. They're not that bad off," the analyst said, "and I think that rumors of their demise are greatly exaggerated."

Of little consolation to staffers who are already interviewing to replace salaries and benefits lost due to the closure, the company's Web site still lists job openings in Texas for programmers and artists. As for any hopes of future news being anything other than one that includes bankruptcy, the view from inside what's left of the Acclaim camp is nothing if not realistic. Said one staffer: "They said don't come in on Monday... The speculation is that it's bankruptcy." 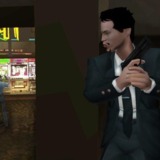