Acclaim games down and out

Acclaim is apparently dead again. Barely three months after the free-to-play online game publisher was acquired by Playdom, the social gaming company has pulled the plug on Acclaim's entire catalog.

On what used to be the official Acclaim Web site, visitors are given a short message saying that Acclaim games will no longer be in service, effective yesterday. The site also contains instructions on how customers can be reimbursed for unused Acclaim Coins (the in-game currency that drove the company's microtransactions) and plugs for Playdom's lineup of Facebook games. The site gives no indication that the Acclaim name will continue in any form. Playdom did not return GameSpot's request for comment as of press time.

Following the breakup of the company, Throwback Entertainment purchased many of Acclaim's key intellectual properties, while former Activision executive Howard Marks purchased the brand name. Marks went on to reboot Acclaim Games as a free-to-play games portal and had some success with titles like Bots, 9Dragons, and the rhythm action game RockFree, which at one point boasted 15 million registered players. 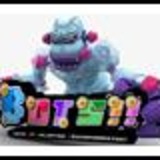