A Smashing Collaboration for Next Smash Bros.?

Namco Bandai is lending its fighting game expertise to the next Smash Bros., but what can we expect from this collaboration?

Comments
Where to buy
Super Smash Bros. for Nintendo 3DS / Wii U
$50.64 at Amazon
$111.00 at Walmart
GameSpot may get a commission from retail offers.
'

Nintendo has announced that developer Namco Bandai Games will be collaborating with Smash Bros. developer Sora Ltd. on the next game in the series. According to series director Masahiro Sakurai, this project has "just gotten started" on both the Wii U and 3DS platforms. Namco Bandai producer Masaya Kobayashi added, "All the top creators from Namco Bandai are gathered here to create a never-before-seen dream team for this project. We will fully utilize our experience and knowledge in action/fighting game development, technical capability, and organizational strength."

So, what does all this mean for the next pair of Smash Bros. games? Let's take a closer look and see what can be gleaned from this announcement.

The announcement itself was a smart move by Nintendo. As I covered in a previous editorial, Super Smash Bros. Brawl had several fundamental issues that blemished an otherwise enjoyable game. As we move into the fourth Smash Bros. game, fans are understandably concerned over whether Nintendo will learn from Brawl's mistakes. This announcement is Nintendo's way of saying: "Look, we get it. It won't happen again." It should help curb fan trepidation and transform it into excitement. Let's just hope this pairing is not merely a change in who's doing all the grunt work.

The Namco Bandai collaboration is also a chance to take some of the wind out of the sails of PlayStation All-Stars Battle Royale. Since the game's conception, Sony has been positioning All-Stars as a Smash Bros.-style game for the competitive player and has been hiring fighting game community members to work on it. Nintendo isn't going to roll over and let Sony take the mascot brawler crown uncontested. By appealing to the competitive community, Nintendo is acknowledging their importance, and it will be interesting to see how this sentiment translates in the final game.

As a development partner, Namco Bandai was an obvious choice for Nintendo. The two companies have worked together in the past (Star Fox Assault, Mario Kart Arcade GP), and Namco Bandai has an extensive catalog of fighting games, including the Tekken and SoulCalibur series and various anime-based fighters. They have a large pool of experienced developers to draw from when addressing the unique issues the next Smash Bros. will undoubtedly present. 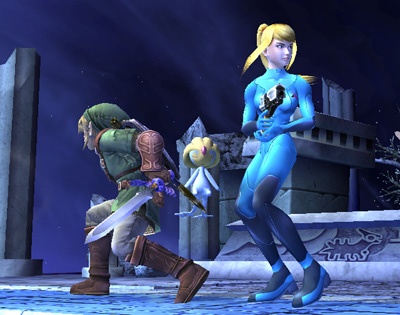 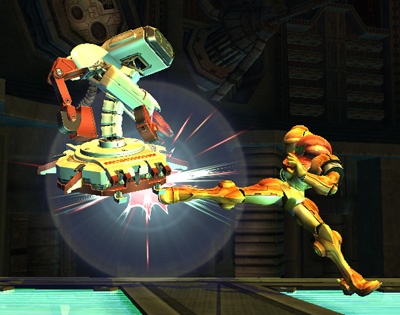 Even so, I do not believe the core fighting mechanics in the next Smash Bros. will change drastically as a result of this collaboration. A large part of this series' success is that it's not tailored for the core fighting game community. A lot of people love these games just the way they are, so Nintendo likely doesn't feel pressure to change the formula that much. Instead, I picture the next game as more of a response to Brawl and the complaints people had, with Namco Bandai aiding with character balance, slight mechanical tweaks, and suggesting that perhaps tripping wasn't the best idea.

I picture the next game as more of a response to Brawl and the complaints people had, with Namco Bandai aiding with character balance, slight mechanical tweaks, and suggesting that perhaps tripping wasn't the best idea.

Where I think we'll see the most change is in all the additions surrounding the core fighting game, primarily in the campaign and character customization options. As Sakurai has previously noted, the Wii U and 3DS versions of the game will connect in some way--with the Wii U version focusing on competitive play, and the 3DS version focusing on character advancement and customization. This is the area where I think Namco Bandai could do the most good.

Brawl's campaign was certainly long, but to me felt dull because players could use any character on any stage. This choice required the developers to design stages to accommodate every character's limitations--leading to generic enemies and level designs that did not take advantage of the game's strongest element: the wild and diverse abilities of its cast. A Smash Bros. campaign mode still holds a lot of potential, and Namco Bandai has experience designing campaign modes in many of its fighting games.

As for the possibility of Namco Bandai characters appearing in the next Smash Bros., I'd say that's a distinct possibility so long as the character in question has appeared on a Nintendo console. However, there is still a massive backlog of Nintendo icons that have yet to appear in this series, so don't expect the entire Tekken roster to show up! Still, it would only be fair for Namco Bandai to receive a little representation for all its hard work. 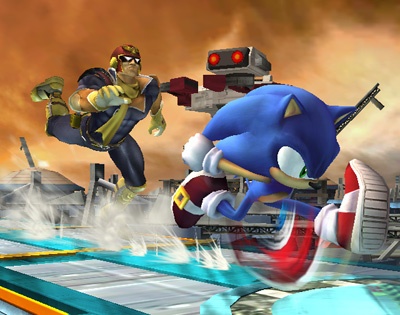 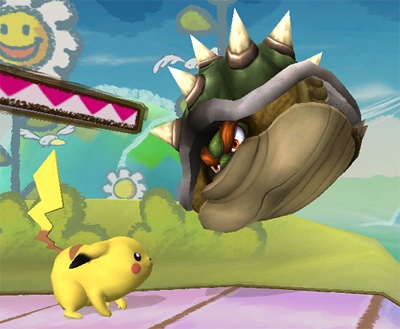 Even if Heihachi Mishima isn't playable in the next Smash Bros., I believe this collaboration is a positive announcement for fans--just keep your expectations in check. I don't think this means we'll see the next Smash Bros. transformed into a traditional 3D fighter unrecognizable from its past. Namco Bandai should be able to provide a great eye for balance while still maintaining what makes this series unique. But what do you think? How much latitude do you think Nintendo will grant Namco Bandai when developing this game? Let me know in the comments below.