A Next-Gen Medieval RPG Without The Magic: Kingdom Come: Deliverance

Lead us not into temptation. 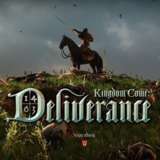 Dungeons, but no dragons. Mazes, but no magic. Kingdom Come: Deliverance may remind you of open-world fantasy games of the Elder Scrolls variety, but this medieval adventure is not about wizened wizards, ancient curses, or sinister necromancy. Creative Director Dan Vávra from Warhorse Studios suggests that I think about Kingdom Come as "Braveheart the game, which means majestic castles, armored knights, large open fields, and political intrigue, set in a vast emergent world." It was clear early in the demo Vávra recently led me through that any ideas I had about arcane spellcasting and howling ghouls should give way to thoughts of a real landscape from the Holy Roman Empire.

Role-playing human history may not sound as delightful as playing a master of the magical arts when you first consider it. Is pretending to be Mel-Gibson-as-William-Wallace as fun as conjuring skeletons and zapping monsters with lightning summoned from the skies? I'm not yet sure just how fun Kingdom Come will be to play, but I don't doubt the depth Warhorse is digging out for it, or that it will give you the space to properly stretch. Expect to don period-accurate armor and clothing, learn actual combat and fencing techniques, and set course for real-world castles recreated in detail with the assistance of architects and historians. Take on a role such as warrior, bard, or thief, and direct your destiny using various skills and perks.

You even need to sleep and eat if you want to keep your strength up, and food will go bad if it sits in your inventory too long. There may be no balls of lightning to conjure, but these elements all seem like a good foundation for an expansive role-playing game. Vávra himself says, "We're trying to mix the freedom and mechanics of Skyrim, the setting of Mount & Blade, the storytelling of The Witcher, and the combat dynamics of Dark Souls in a single gorgeous package."

Even at this stage I can see Kingdom Come's 14th-century gorgeousness. As I watched the hero character make his way to a stone fortress upon a grassy hill in first-person view, I delighted in the density of the surrounding forest, and the credible way its trees of varying heights created a natural pattern. The path of stone, timber, and dirt looked well-trodden, as if thousands of men and horses had followed it. Later, when the hero interrupted a banquet in progress, I marveled at how flickering candles warmly illuminated the room's lush crimson wallpaper. And through it all, I was impressed by the expressive facial animations, which reminded me of those in Ryse: Son of Rome. As well they should: Kingdom Come: Deliverance is built upon CryEngine, the same technology that powers Crytek's Roman revenge tale.

Of course, combining the best of all possible RPG worlds is no easy task, and a rather unrealistic goal at that. For instance, can Warhorse really create a lead character as fascinating as The Witcher's Geralt of Rivia? I don't know quite yet, but I can tell you a little bit about Kingdom Come's leading man. He's a young blacksmith whose village was burned to cinders by an invading army, and he was saved by a courageous young woman--the miller's daughter. Now, he has recovered from his injuries and sought out the feudal lord to repledge his service. The demo gave me no sense of this blacksmith's personality, and offered no hint of his struggles or passions. But at least he had something to do: investigate the crimes of the local bandits who had attacked the lord's stables and left both men and horses dead.

First things first, though. You can't go toe-to-toe with bandits without at least a little protection and a blade of some sort. As the hero headed to the local merchant, Vávra explained the workings of 15th-century society as interpreted by Kingdom Come. As in an Elder Scrolls game, characters all have places to live, and they go about their day-to-day lives. But that daily cycle will have a number of variations--hopefully enough that the game will avoid the rigidity of Skyrim citizens' clockwork behavior. Says Vávra, "If you try to mess up the poor people's lives, for example, if someone goes to the pub every evening and you kill the bartender, they won't be stuck or not know what to do. They will have a different routine, they will react to this event somehow, and everything should be very natural."

Vávra finished his explanation just in time for our hero to choose some armor, and for me to learn more about character customization. You can mix different types of armors in layers, using both chainmail, plate armor, and other types of material to provide protection against different types of weaponry. And of course, as the son of a blacksmith, you are adept at crafting and sharpening your own weapons, but be careful: you can actually damage your own sword if you're sloppy. Now, equipped with proper armor and armed with a newly sharpened sword, it was time to investigate the crime.

We're trying to mix the freedom and mechanics of Skyrim, the setting of Mount & Blade, the storytelling of The Witcher, and the combat dynamics of Dark Souls in a single gorgeous package.

It stands to reason that a developer called Warhorse would feature warhorses in its flagship game, and venturing forward involved mounting a steed and trotting into the surrounding territory. You can fight your enemies on horseback and use your steed as a pack mule if you need additional inventory space, but warhorses are also competent combatants. Horses have their own AI, and Vávra compares equestrian behavior in Kingdom Come to that of Shadow of the Colossus, though at this stage, Kingdom Come's horses don't move with any of the elegance of SotC's Agro.

Getting to the stables took some time. Kingdom Come gives you a lot of space to traverse, but by the looks of it, a lot of that space is pretty but void of life. "Our goal is to not make the world as populated as in some other games, so there will not be a dungeon or a castle for 200 meters, or some fight or monster or something. We try to concentrate quests in hubs; in the city, there are several quest-givers, there are some quests around the city, and then you can move to some other location that is not so close. But on the way there, if you go from the main streets, you may find out something interesting, but it's not that easy to find. That's our goal."

I'm left wondering whether Kingdom Come will offer any notable exploration value, or if the vast landscape will go underutilized. I laud Warhorse for sticking so closely to their mission statement of authenticity, but if Vávra is right--if it isn't easy to find something of value off of the beaten path--then what's the point of crafting a vast world to begin with?

The quest did at least lead to something worth getting excited about: combat. Our hero approaches his target, and the two swordsmen fight. The first-person action is cut from the same cloth as games like Chivalry and War of the Roses. Controller prompts indicate chances to riposte, block, and punch your opponent, but the combat looks organic enough; it's certainly not a quick-time-event-driven mashfest. Oddly enough, the enemy soldier does not fall after a lunge that skewers him directly through the abdomen, and I notice that this encounter has been dragging along for some time without victory. I am not sure if this is a quirk of the build or a matter of game mechanics, though Vávra assures me that battles will involve more than one combatant, which comes as a relief. Without the otherworldly elements we typically associate with fantasy games, Kingdom Come needs other elements to convince me of its potential to be epic, and large-scale skirmishes might be the ticket.

The first-person action is cut from the same cloth as games like Chivalry and War of the Roses.

"We think that books and movies have changed," says Vávra, "and people grown up, and their heroes have evolved with them." The action heroes we know today were not the action heroes our grandparents knew, even if they went by the same names. "This is fantasy today," he continues. "I think that it doesn't need any comment, and we think the games are still in their adolescence. And we would like to change that." More lofty goals from a team that clearly believes in its ambitious project, which is due for PC, PlayStation 4, and Xbox One sometime in 2015.

Vávra admits that Kingdom Come: Deliverance was a hard sell to publishers. After all, how big is the market for a fantasy game that isn't that fantastical? I'm willing to bet, however, that the Mount & Blade audience is ready to believe in this particularly down-to-earth fantasy. Kingdom Come may not feature any magic, but that doesn't mean it can't be magical.