999 and Virtue's Last Reward Being Ported to New Platforms

Aksys Games has announced 999: Nine Hours, Nine Persons, Nine Doors and Zero Escape: Virtue's Last Reward are being ported to new platforms. The announcement was made at the company's Anime Expo 2016 panel, but platforms and release date were not revealed.

999 is currently only available on the Nintendo DS and iOS, while Virtues Last Reward was released for PlayStation Vita and Nintendo 3DS. Both games have a small but passionate following. They have received acclaim for storytelling.

The point-and-click adventure games follow a group of people that have been kidnapped by a mysterious figure. In order to escape they must solve a series of puzzles. Both 999 and Virtue's Last Reward shift in perspective over the course of the game, showing events across branching timelines.

A third game in the series, called Zero Time Dilemma, was recently released.

"Like a great page-turner, Nine Hours is very tough to put down once you start," said reviewer Carolyn Petit.

"The engrossing puzzles work hand in hand with the terrific storytelling to pull you into the gut-wrenching situation Junpei and his companions find themselves in, and the tension progressively ratchets up to keep you glued to the game and biting your nails as you seek an escape from this terrifying dilemma.

She continued: "For those who enjoy point-and-click adventure games and don't mind the gruesome possibility of having someone explode all over them, Nine Hours, Nine Persons, Nine Doors is a delightfully chilling treat."

The Virtue's Last Reward review, meanwhile, awarded the game an 8.5/10.

"Among the many games released each year, there aren't many that leave you contemplating and debating their story and worldviews long after the final set of credits has rolled," said Heidi Kemps.

"Virtue's Last Reward takes its place proudly among this crop of games. As fun and challenging as the brainteasers in the room escapes are, they're merely dressing for the fantastic writing, memorable characters, and stunning plot twists that could only be presented successfully in a game format." 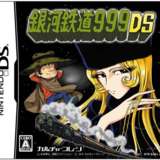