Twitch Prime has partnered with SNK to celebrate the NEOGEO arcade's 30th anniversary by giving away SNK games like The King of Fighters 2000, Fatal Fury Special, and more.

If you didn't know, your Amazon Prime membership comes with a handful of free games each month. Twitch Prime, one of the perks of Amazon Prime, typically offers up five free games each month that are yours to keep forever. Normally, you get a variety of indie titles, but throughout the summer Twitch Prime will give away a ton of classic arcade games. Twitch Prime has partnered with SNK to ring in the NEOGEO arcade's 30th anniversary by giving away more than 20 SNK games throughout the summer. The first batch of freebies are live now, with more coming soon.

Twitch Prime hasn't revealed every free SNK game that will drop throughout the summer, but we do know a handful of titles to look forward to in the coming months: Metal Slug 2, Garou: Mark of the Wolves, The Last Blade 2, Sengoku 3, King of Monsters, and The King of Fighters' 98 Ultimate Match Final Edition. The remaining freebies will be revealed at a later date.

In addition to the upcoming SNK free games, Twitch Prime members can still claim nine other free games right now, with most of them available until June 1 and a few lasting into June. That means 16 Twitch Prime free games are available at one time, which might be a record. Twitch Prime also hands out loot for popular games each month such as Destiny 2 and League of Legends.

To claim Twitch Prime free games and loot, you need an active Amazon Prime subscription. Amazon Prime costs $119/year or $13/month, but you can sign up for a 30-day free trial if you're a new subscriber.

For more free games, take a look at our running list of every free game available now. The Epic Games Store is giving away Civilization VI right now during its Mega Sale, marking the second week in a row a huge AAA title is up for grabs. 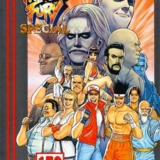