Rapper and game star says his M-rated game is OK for minors; thinks parents can use game as a teaching tool.

50 Cent, real name Curtis Jackson, is no stranger to parental warnings. The hip-hop star's albums come tagged with "Parental Advisory: Explicit Lyrics" stickers, as much of his musical material contains sexual elements, references to illegal drugs, and straight up thuggin'. Nevertheless, the rapper has sold millions upon millions of records, and is currently one of the music industry's biggest stars.

It came to no one's surprise that 50 Cent: Bulletproof, published by VU Games, was rated M for Mature for Blood and Gore, Intense Violence, Sexual Themes, Strong Language, and Use of Drugs. The Entertainment Software Ratings Board believes that "Titles rated M have content that may be suitable for persons ages 17 and older."

Jackson thinks otherwise. Today, he told Reuters that his game is not only OK for kids, but it also could be used to teach them life lessons.

"Just because it is rated Mature doesn't mean you shouldn't buy it for your kids," the rapper, whose given name is Curtis Jackson, told Reuters in an interview Tuesday. "Play the game and explain to them what they are playing."

The game that they will be playing sees 50 taking on underground crime syndicates in New York City with a boatload of guns, capping would-be foes in the dome, and looting their corpses for cash. For more on the game, check out GameSpot's preview.

For the full story, head over to MP3.com. 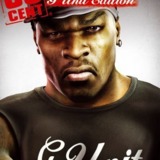