A release date has been announced for the upcoming PC, Switch, PS4, and Xbox One old-school FPS.

A release date has been announced for Wrath: Aeon of Ruin, an FPS game built within a modified version of the Quake engine. The game, which will be published by 3D Realms and 1C Entertainment, and is developed by KillPixel Games (which is making its debut here), will launch on February 25, 2021.

Wrath: Aeon of Ruin is coming to PC, Switch, PS4, and Xbox One, and it looks very similar to the 90s classic it's based so heavily on. The game is currently available in Steam Early Access, and a new enemy, level, and weapon have just been added to the playable build.

The trailer below also introduces the game's Big Box edition, which will be limited to 500 units. It contains:

According to the game's roadmap, a "big content surprise" is due in August--we'll have to wait to see what that is, though. 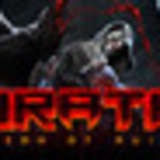